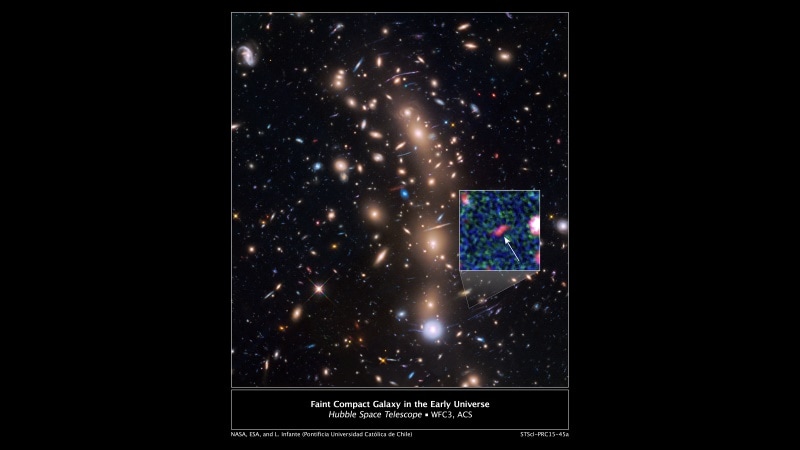 The NASA/ESA Hubble space telescope has revealed new details of a massive galaxy cluster located about six billion light years away from the Earth.

The galaxy cluster called Abell 370, in the constellation Cetus (the Sea Monster), contains an astounding assortment of several hundred galaxies tied together by the mutual pull of gravity.

Astronomers chose Abell 370 as a target for Hubble because its gravitational lensing effects can be used for probing remote galaxies that inhabited the early universe.

"Massive galaxy clusters can act like natural telescopes, giving astronomers a close-up view of the very distant galaxies behind the cluster - a glimpse of the Universe in its infancy, only a few hundred million years after the Big Bang," ESA/Hubble Information Centre said in a statement on Thursday.

The current image of Abell 370 was captured as part of the Frontier Fields programme, which used a whopping 630 hours of Hubble observing time, over 560 orbits of the Earth.

Six clusters of galaxies were imaged in exquisite detail, including Abell 370 which was the very last one to be finished.

An earlier image of this object - using less observation time and therefore not recording such faint detail -- was published in 2009, the statement added.

TRAI to Launch App to Rate Call Quality; Improve 'Do Not Disturb' System