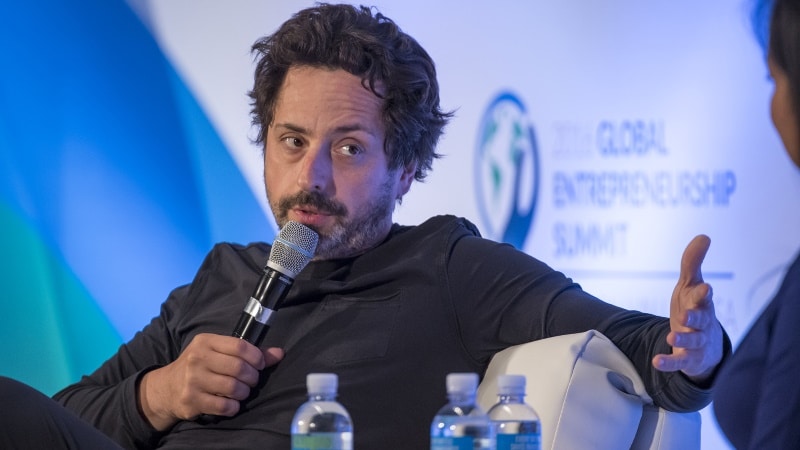 Google co-founder Sergey Brin is spending more than $100 million (roughly Rs. 645 crores) to build the world's largest airship, a blimp with a rigid structure designed to both deliver supplies abroad for humanitarian projects and ferry Brin's family and friends around the globe, the Guardian newspaper reported.

The project is the latest example of Silicon Valley attempting to reshape how goods and people are moved. But some say it also underscores a penchant for tech moguls to color their projects with seemingly virtuous ambition.

Some people on social media seized on the vessel's apparent dual purpose. On the one hand, it's a benevolent carrier transporting food to remote, hard-pressed communities, and on the other it's a luxurious "air yacht," as the Guardian report described it, shuttling a billionaire and his inner circle to exotic locations.

The vessel is reportedly being built at the NASA Ames Research Center in Mountain View, California. When completed, the airship will become the world's largest aircraft at about 650 feet long, although its payload is not known, according to the Guardian. Plans for the vessel, which is being funded by Brin, were first reported by Bloomberg earlier this year.

Experts say that the use of airships could bypass the congestion and costs tied to transporting cargo via roads, railways and airports. But lighter-than-air travel presents its own challenges, like the need to steady the aircraft by offsetting the weight of cargo once it's offloaded. According to the Guardian, Brin's vessel will use a series of internal bladders to stabilise its flight.

Brin began his plans to build the vessel about three years ago, according to Bloomberg. His fascination with airships was sparked by visits to the Ames Research Center, next to the headquarters of Google's parent company, Alphabet. Ames once housed the navy airship USS Macon, which spanned about 784 feet and was among the largest aircraft of its time in the 1930s.

Silicon Valley's novel charitable efforts have been criticised in the past, perhaps most prominently in the case of Facebook founder Mark Zuckerberg's Internet.org initiative, which aims to bring Internet access to the billions of people who don't have it. With altruistic motives but lucrative business prospects, some see Zuckerberg's initiative less as a magnanimous Internet project than as a version of high-tech imperialism.

It's unclear whether Brin's airship will be put to commercial use. But Larry Page, CEO of Alphabet and the other co-founder of Google, has also taken a keen interest in innovative aircraft. Page has personally backed two flying-car startups, Kitty Hawk and Zee.Aero. Kitty Hawk's flyer, a personal electric aircraft that hovers over water, will be available for purchase later this year.