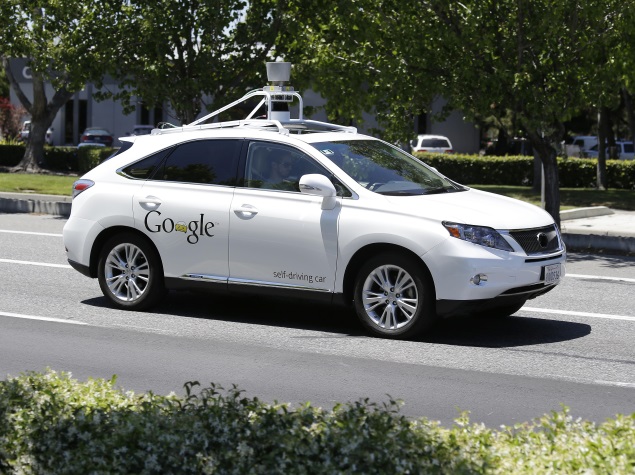 Lexus, Mercedes-Benz and Audi are all luxury brand vehicles.

Soriano said Audi was the first to apply for the permits, followed by Daimler and then Google. All the permits were issued on Tuesday, the first day they were required by California, which has the largest population of any U.S. state.

A few other automakers and first-tier automotive suppliers are in the process of filing for the permits, said Soriano on Thursday.

Autonomous car testing has been under way in California for several years without the permits, but the state's legislature has made permits a requirement for them to run on public roads.

Among the California requirements to get a permit is the ability of test drivers to be able to take command of an autonomous vehicle at any time.

Mercedes-Benz engineers will "teach" the autonomous cars how to operate safely on U.S. roads using different methods than are used in the testing and development of the cars in Germany, according to officials at Daimler and Mercedes-Benz.

Daimler and Volkswagen are both based in Germany, and Goggle is based in Silicon Valley in California.

Audi said it was the first automaker to obtain a license for an autonomous car in Nevada, in 2012.