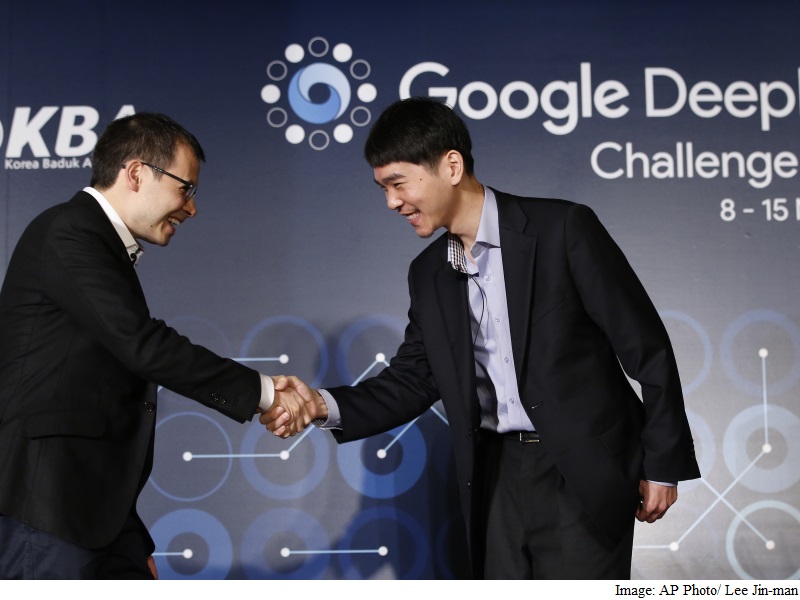 The 32-year-old, one of the greatest players in the 3,000-year-old game's modern history, is due to take on the AlphaGo computer in a five-game series in Seoul from Wednesday to Tuesday.

The hotly anticipated match-up is being closely followed by tens of millions of Go fans in Asia as well as experts in AI.

The complexity of Go - with more board configurations than atoms in the universe - means that intuition and creativity are key to winning games at the top levels.

AlphaGo stunned the world in January when it was revealed that it had trounced three-time European Go champion Fan Hui 5-0 in a closed-door match.

Lee said last month he would beat the computer by 5-0, or 4-1 at worst, saying its performance shown during the match with Fan was "nowhere near" good enough.

But he was less bullish on Tuesday, saying briefings on the computer's functions had made him realise it could operate "far more efficiently" than he initially believed.

The supercomputer uses two sets of "deep neutral networks" that allow it to crunch data in a more human-like fashion - discarding millions of potential moves that a human player would instinctively know were silly.

"Having learned today how its algorithms narrow down possible choices, I have a feeling that AlphaGo can imitate human intuition to a certain degree," Lee told reporters.

"Now I think I may not beat AlphaGo by such a large margin like 5-0. It's only right that I'm a little nervous about the match," he said.

The most famous AI vs human board game showdown to date was in 1997, when the IBM-developed supercomputer Deep Blue beat the then-world class chess champion Garry Kasparov.

Although its pieces are undifferentiated - just black and white stones - Go is arguably more complex than chess because pieces can be laid anywhere on the 19x19 board.

"I think the AI will ultimately defeat humans in Go and it is an inevitable consequence of changing times," Lee said.

"But robots will never understand the beauty of the game the same way that we humans do," he added.