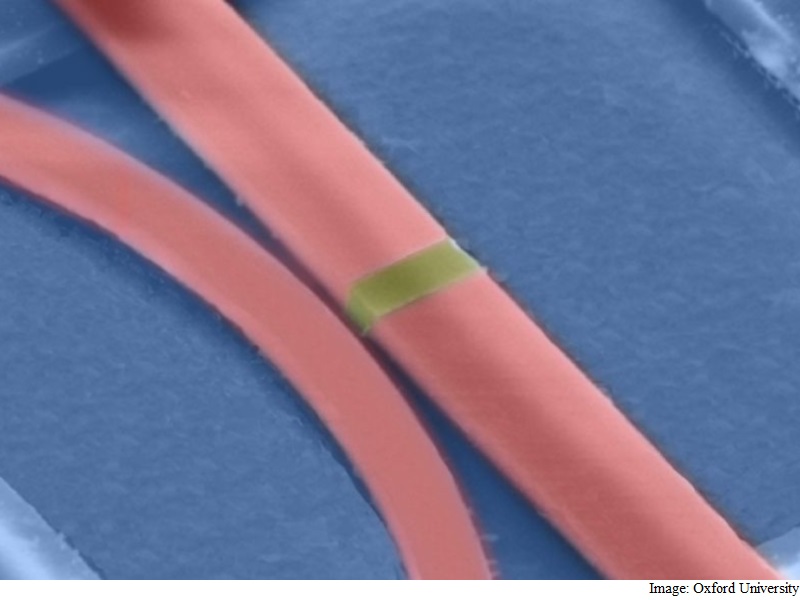 A team of scientists has developed the world's first entirely light-based memory chip to store data permanently that can help dramatically improve the speed of modern computing.

The new non-volatile memory uses the GST phase-change material - the same as that used in rewritable CDs and DVDs - to store data.

This material can be made to assume an amorphous state, like glass or a crystalline state, like a metal, by using either electrical or optical pulses.

The team has shown that intense pulses of light sent through the waveguide can carefully change the state of the phase-change material.

An intense pulse causes it to momentarily melt and quickly cool, causing it to assume an amorphous structure; a slightly less-intense pulse can put it into an crystalline state.

"These optical bits can be written with frequencies of up to one gigahertz and could provide huge bandwidths. This is the kind of ultra-fast data storage that modern computing needs," he noted.

Today's computers are held back by the relatively slow transmission of electronic data between the processor and the memory.

"There is no point using faster processors if the limiting factor is the shuttling of information to-and-from the memory. But we think using light can significantly speed this up," Bhaskaran explained.

For the study, the material scientists at Oxford University worked in collaboration with scientists at Karlsruhe, Munster and Exeter universities.

With this device, "we could read and write to thousands of bits at once, providing virtually unlimited bandwidth", explained professor Wolfram Pernice from University of Munster.

The team is working on a number of projects that aim to make use of the new technology.

They are particularly interested in developing a new kind of electro-optical interconnect, which will allow the memory chips to directly interface with other components using light, rather than electrical signals.

The paper was published in the journal Nature Photonics.

Hands on With Now on Tap: Android 6.0's Best Feature Has Apps Dancing to Its Tunes
Hewlett-Packard Board Approves Split Into Two Companies