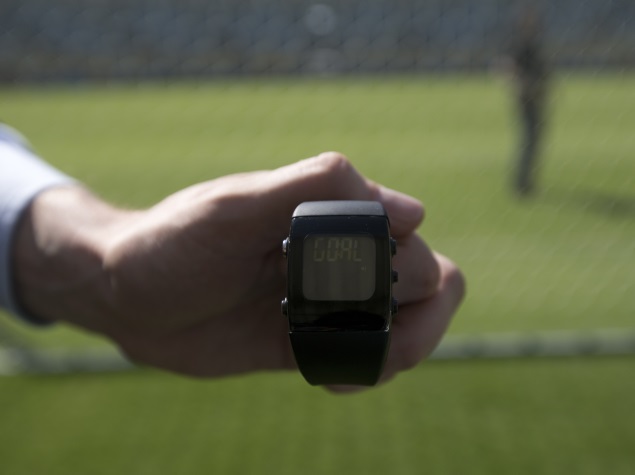 Goalline technology will be used at a World Cup for the first time in Brazil with its backers insisting it is 100 percent accurate and cannot be hacked.

It will come as welcome news to the likes of Frank Lampard who famously had a goal ruled out in England's second round match against Germany in South Africa in 2010 despite the ball clearly crossing the line.

GoalControl, the official provider of the system, re-tested the technology at Rio's Maracana stadium the venue of the World Cup final in April ahead of the tournament which starts on Thursday.

"It is 100 percent accurate. The system will work," Dirk Broichhausen, managing director of GoalControl, said at a presentation at the Maracana.

World governing body FIFA awarded the contract to the German company 16 months ago and there will be 14 high-speed cameras at each of the 12 World Cup stadiums to determine if an attempt on goal has crossed the line or not.

There are seven cameras trained on each goal and the cameras each take 500 pictures per second, sending a "GOAL" message to the referee's watch if the ball is in, GoalControl chairman Bjoern Lindner explained.

He stressed, however: "The referee has the last call. He can override the system any time he wants. But he knows the system is reliable."

FIFA tested out GoalControl last year at the Confederations Cup, the World Cup dress rehearsal in Brazil, where it accurately detected each goal. 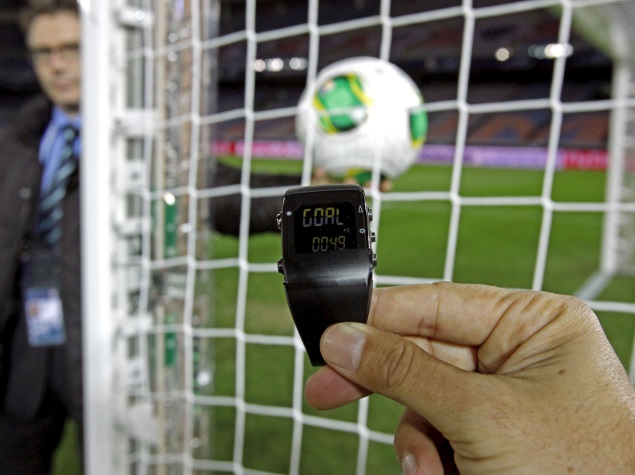 If the ball does not cross the line then the game will simply continue.

The cameras, fitted out with the latest in sensor technology, are stationed on catwalks around the stadium and measure the position of the ball every two milliseconds to within accuracy of as little as 0.5cm (0.2 inches).

The data is then transmitted over an encrypted system with Broichhausen insisting the technology could not be hacked.

"The system is offline there is no possibility to manipulate. We did a lot of internal and external testing I think more than 10,000 shots," he said.

FIFA spokesman Johannes Holzmueller concluded that "we can absolutely trust" the system to work and added it was designed to support and protect referees from the kind of controversy which accompanied Lampard's "goal" that wasn't validated against Germany, despite bouncing more than a metre over the line having come down off the underside of the bar, presaging a 4-1 eventual defeat.

At the time of Lampard's strike, the score was 2-1.