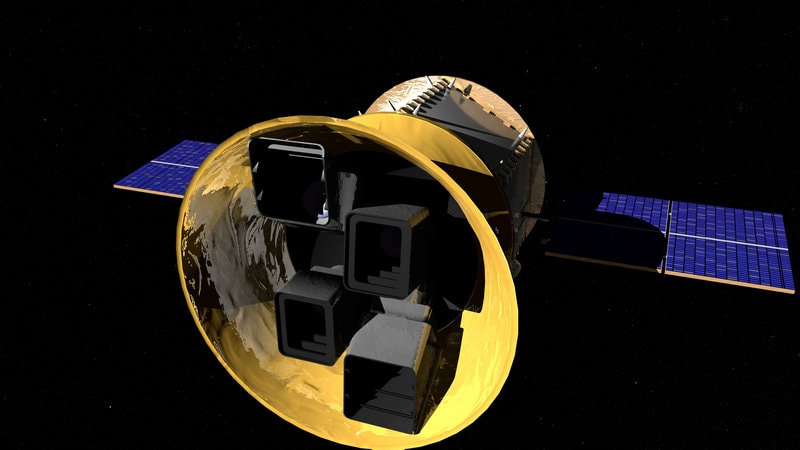 An 11th-hour technical glitch prompted SpaceX to postpone its planned launch on Monday of a new NASA space telescope designed to detect worlds beyond our solar system, delaying for at least 48 hours a quest to expand astronomers' known inventory of so-called exoplanets.

SpaceX halted the countdown a little more than two hours before its Falcon 9 rocket had been scheduled to carry the Transit Exoplanet Survey Satellite, or TESS, into orbit from the Cape Canaveral Air Force Station in Florida.

Space Exploration Technologies, as billionaire entrepreneur Elon Musk's private launch service is formally known, said on Twitter that the blast-off was scrubbed due to unspecified problems in the rocket's guidance control system.

The two-year, $337 million (roughly Rs. 2,200 crores) TESS mission is designed to build on the work of its predecessor, the Kepler space telescope, which has discovered the bulk of some 3,700 exoplanets documented during the past 20 years and is running out of fuel.

NASA expects to pinpoint thousands more previously unknown worlds, perhaps hundreds of them Earth-sized or "super-Earth"-sized - no larger than twice as big as our home planet.

Those are believed the most likely to feature rocky surfaces or oceans, and are thus considered the best candidates for life to evolve. Scientists said they hope TESS will ultimately help catalogue at least 100 more rocky exoplanets for further study in what has become one of astronomy's newest fields of exploration.

Roughly the size of a refrigerator with solar-panel wings and equipped with four special cameras, TESS will take about 60 days to reach a highly elliptical, first-of-a-kind orbit looping it between Earth and the moon every two and a half weeks.

Like Kepler, TESS will use a detection method called transit photometry, which looks for periodic, repetitive dips in the visible light from stars caused by planets passing, or transiting, in front of them.

But TESS will scan a broader swath of the heavens to focus on 200,000 pre-selected stars that are relatively nearby - some of them just dozens of light years away - and thus among the brightest as seen from Earth.