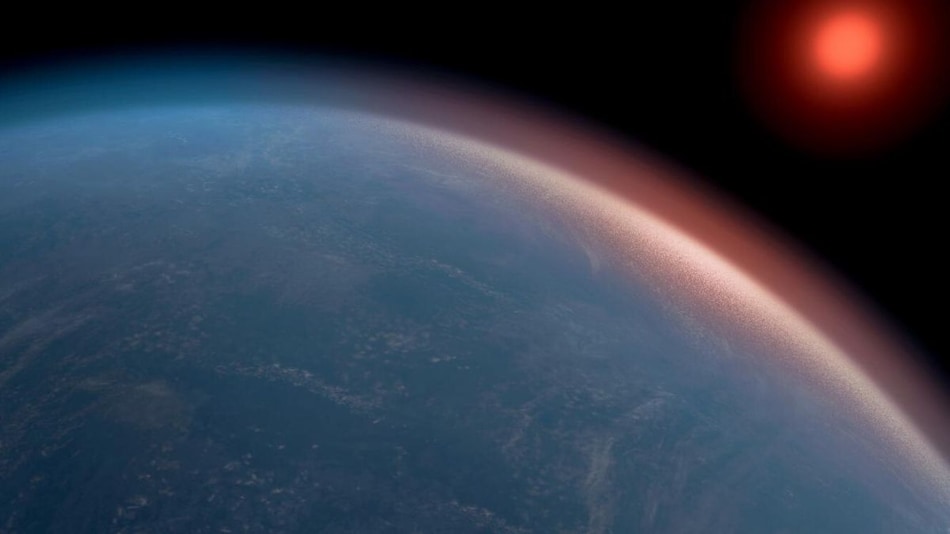 An artist's impression of K2-18b, as shared by University of Cambridge

Ever since K2-18b was discovered, scientists across the world have taken a keen interest on the exoplanet - a planet outside our solar system. But after two different teams last year reported the detection of water vapour in its hydrogen-rich atmosphere, researchers are now edging to find signs of life. A researcher at the time even said, K2-18b is no "second Earth," but "this is the best candidate for habitability that we know right now." Now, a team from the University of Cambridge used the mass, radius, and atmospheric data of the exoplanet and stated that it is "very possible" K2-18b is more like Earth.

According to Dr. Nikku Madhusudhan from Cambridge's Institute of Astronomy, who led the new research, if the planet is in the habitable zone, it doesn't necessarily mean there are habitable conditions on the surface. "To establish the prospects for habitability, it is important to obtain a unified understanding of the interior and atmospheric conditions on the planet," Madhusudhan said.

His research team looked at the available atmospheric data to determine whether the amount of detectable water vapour is significant or not. They found the presence of chemicals like methane and ammonia lower than expected, however, a significant amount of water vapour was present.

“The team then used the atmospheric properties as boundary conditions for models of the planetary interior. They explored a wide range of models that could explain the atmospheric properties as well as the mass and radius of the planet. This allowed them to obtain the range of possible conditions in the interior, including the extent of the hydrogen envelope and the temperatures and pressures in the water layer,” a press note reads.

"The planet could be a rocky world larger than Earth, a gaseous mini-Neptune or even an ocean world. In the case of a water world, the model would allow for pressures and temperatures similar to Earth's oceans," the note added.

The paper published in the Astrophysical Journal Letters further read "K2-18b has a realistic chance of being habitable," CNET reported. In the concluding section of the note by Cambridge University, it was mentioned that the researchers believe "this opens up the search for life outside of Earth."

First discovered in 2015, the exoplanet is 124 light-years away, is 2.6 times the radius, and 8.6 times the mass of Earth. Based on its size, K2-18b could be a Super-Earth or a mini-Neptune and it takes 33 days to complete one orbit around its sun. More information about the exoplanet will be obtained next year with the launch of the upcoming James Webb Space Telescope by NASA.