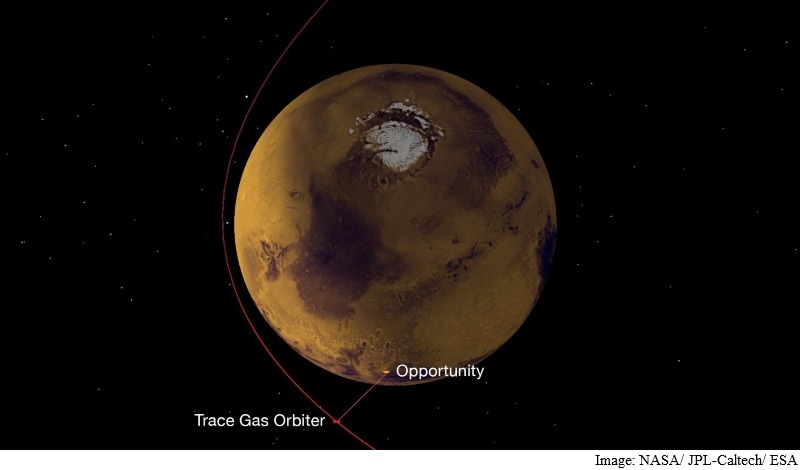 The transmissions from the two active NASA rovers on Mars received by one of the twin Electra radios on the orbiter, mark a strengthening of the international telecommunications network supporting Mars exploration, NASA said.

The orbiter's main radio for communications with Earth subsequently relayed onward to Earth the data received by Electra.

"We now have a truly international Mars relay network that will greatly increase the amount of data that future Mars landers and rovers can return from the surface of the Red Planet," Edwards said.

NASA is on an ambitious journey to Mars that will include sending humans to the Red Planet. Current and future robotic spacecraft are leading the way and will prepare an infrastructure in advance for human missions.

The JPL-designed Electra radios include special features for relaying data from a rover or stationary lander to an orbiter passing overhead.

Relay of information from Mars-surface craft to Mars orbiters, then from the Mars orbiters to Earth, enables receiving much more data from the surface missions than would be possible with a direct-to-Earth radio link from the rovers or landers, NASA said.