E-Cigarettes Have 10 Times the Carcinogens as Regular Tobacco: Study 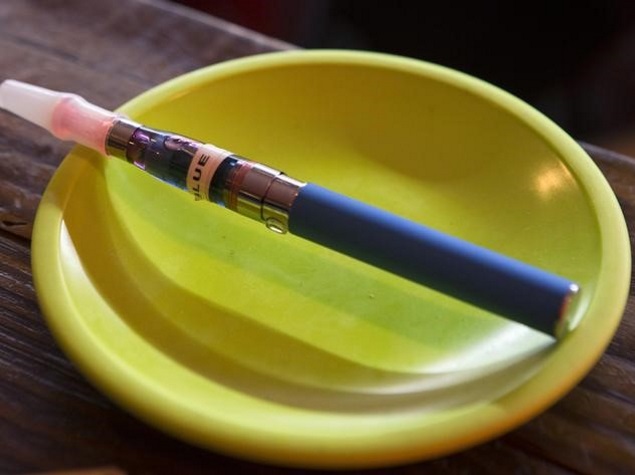 E-cigarettes contain up to 10 times the amount of cancer-causing agents as regular tobacco, Japanese scientists said Thursday, the latest blow to an invention once heralded as less harmful than smoking.

A team of researchers commissioned by Japan's Health Ministry studied the vapour produced by e-cigarettes for signs of carcinogens, a media report said.

The electronic devices increasingly popular around the world, particularly among young people function by heating flavoured liquid, which often contains nicotine, into a vapour that is inhaled, much like traditional cigarettes, but without the smoke.

Researchers found carcinogens such as formaldehyde and acetaldehyde in vapour produced by several types of e-cigarette liquid, TBS television reported.

Formaldehyde a substance found in building materials and embalming fluids was present at levels 10 times those found in the smoke from regular cigarettes, TBS said.

Researcher Naoki Kunugita and his team at the National Institute of Public Health submitted their report to the ministry on Thursday, the broadcaster said.

Neither the scientist nor anyone from the health ministry were immediately available to confirm the report.

In common with many jurisdictions, Japan does not regulate e-cigarettes, which can be bought easily on the Internet. However, unlike in some Western countries, they are not readily available in shops.

In August, the World Health Organization called on governments to ban the sale of e-cigarettes to minors, warning they pose a "serious threat" to unborn babies and young people.

The UN health body also said they should be banned from indoor public spaces.