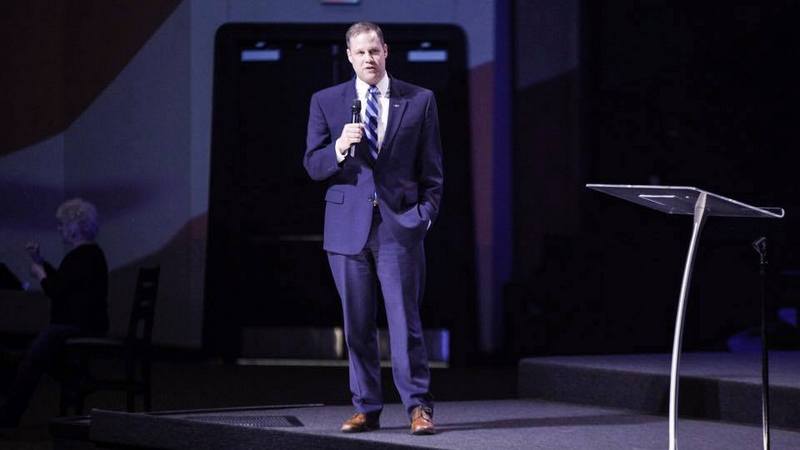 The US Senate has confirmed President Donald Trump-nominated Representative Jim Bridenstine to lead the US space agency.

The Senate narrowly on Thursday voted 50-49 on partisan lines to confirm Bridenstine to serve as NASA's 13th administrator.

Bridenstine, a pilot in the US Navy Reserve and former executive director of the Tulsa Air and Space Museum and Planetarium, was elected to the US Congress in 2012 to represent Oklahoma's First Congressional District.

He currently serves on the House Armed Services Committee and the Science, Space and Technology Committee.

"I am pleased to have Rep. Bridenstine nominated to lead our team. I look forward to ensuring a smooth transition and sharing the great work the NASA team is doing," acting NASA Administrator Robert Lightfoot said in a statement.

"It is an honour to be confirmed by the US Senate to serve as NASA Administrator," said Bridenstine.

Bridenstine will take over from Lightfoot, who has been leading the space agency since its previous administrator Charles Bolden, retired in the wake of the 2016 elections.

"I am humbled by this opportunity,... I look forward to working with the outstanding team at NASA to achieve the President's vision for American leadership in space," Bridenstine added.

"Congrats Rep Bridenstine on being confirmed as the next @NASA Administrator! Under @POTUS, America will lead in space once again," tweeted Vice President Mike Pence.

Ericsson Cost-Cutting Begins to Pay Off as Q1 Loss Shrinks