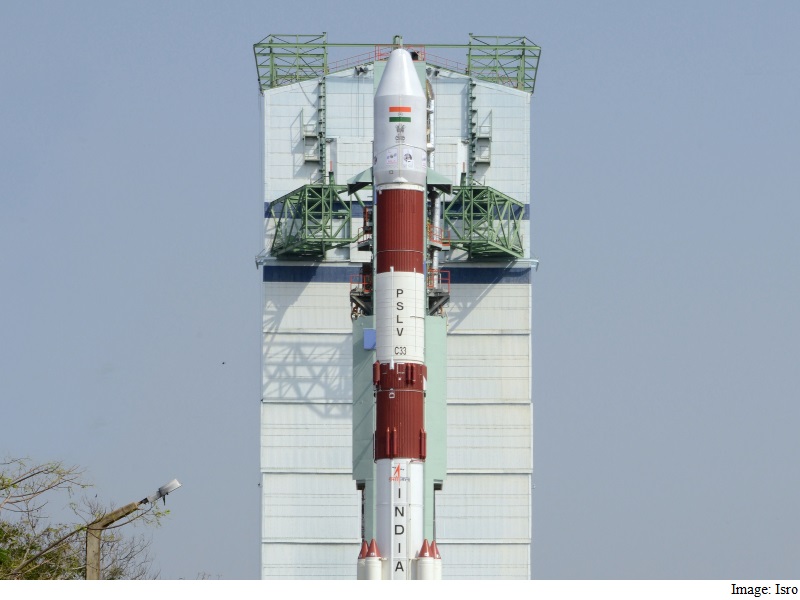 The 51 hour, 30 minute countdown for the launch of an Indian rocket with the country's seventh navigation satellite scheduled for Thursday is proceeding normally, the Indian Space Research Organisation (Isro) said on Wednesday.

According to the Isro, the progressing status of the countdown for the launch of 44.4 metre, 320 tonne Polar Satellite Launch Vehicle (PSLV) carrying Indian Regional Navigation Satellite System-IRNSS-1G is expected to blast off at 12:50pm on Thursday.

Just over 20 minutes into the flight, the rocket is expected to put into orbit the 1,425-kg IRNSS-1G satellite at an altitude of 497.8km.

The PSLV rocket is a four stage/engine rocket powered by solid and liquid fuel alternatively.

The satellite with a design life span of 12 years has two payloads for navigation and ranging.

The ranging payload of IRNSS-1G consists of a C-band transponder (automatic receivers and transmitters of radio signals) which facilitates accurate determination of the range of the satellite.

Apart from the civilian usage, the IRNSS will be used for defence purposes as well.

Till date, India has launched six regional navigational satellites (IRNSS-1A, 1B, 1C, ID,1E and 1F) as part of a constellation of seven satellites to provide accurate position information service to users across the country and the region, extending up to an area of 1,500 km.

Though the full system comprises nine satellites - seven in orbit and two on the ground as stand-by, the navigation services could be made operational with four satellites, Isro officials had said earlier.

If everything goes successful then the entire IRNSS constellation of seven satellites will be completed on Thursday.

According to Isro, with the operationalisation of six IRNSS satellites, the proof of concept of an independent regional navigation satellite system over India has been demonstrated for the targeted position accuracy of better than 20 metres over 24 hours of the day.