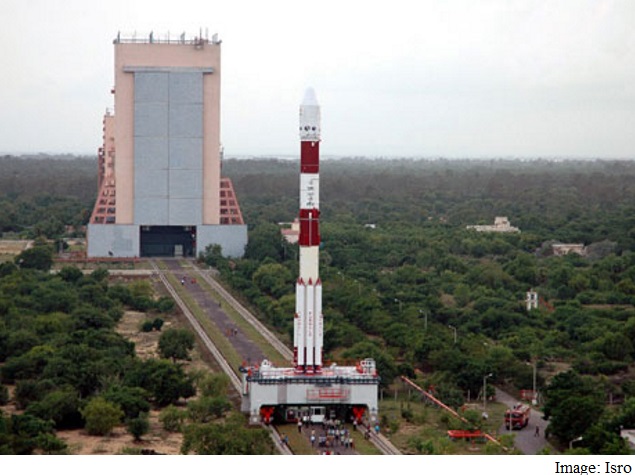 The Indian space agency on Wednesday morning began the countdown for the July 10 rocket launch that would carry five British satellites.

According to Indian Space Research Organisation (Isro), the 62 hours and 30 minutes countdown for the July 10th night launch of rocket Polar Satellite Launch Vehicle (PSLV) XL variant began at 7:28am IST on Wednesday.

The rocket is scheduled to blast off at 9:58pm Friday from the first launch pad with five satellites together weighing around 1,440kg, for an undisclosed fee.

Since 1999 India till date has launched 40 satellites of other countries and the successful launch of the five British satellites would take the tally to 45.

44.4 metres tall and weighing 320 tonnes, the PSLV is a four-stage rocket with six strap on motors for addition thrust during the initial phase of the flight.

Apart from fuelling up the engines, all the systems would be checked and rechecked during the countdown.

According to Isro, this is the heaviest commercial luggage carried by a PSLV rocket till date.

Of the five British satellites, three are identical DMC3 optical earth observation satellites weighing 447kg. These will be put into a 647-km sun-synchronous orbit.

Of the other two satellites, CBNT-1 weighs 91 kg and also is an optical earth observation technology demonstration microsatellite, while the De-OrbitSail weighs 7kg. This is an experimental nano satellite for demonstration of large thin membrane sail and drag deorbiting.

The total duration-from the rocket's blast off to the fifth satellite separation- will be around 19 minutes 16 seconds.

According to Isro, accommodating the three DMC3 satellites each with a height of about three metres within the existing payload fairing or the heat shield of the PSLV was a challenge. Thus, a circular L-adaptor and a triangular Multiple Satellite Adapter-Version 2 (MSA-V2) were newly designed and realised by Isro for this specific purpose.

France's SPOT 7 satellite weighing 714kg was the heaviest single foreign satellite carried by a PSLV rocket till now. It was launched on June 30, 2014.