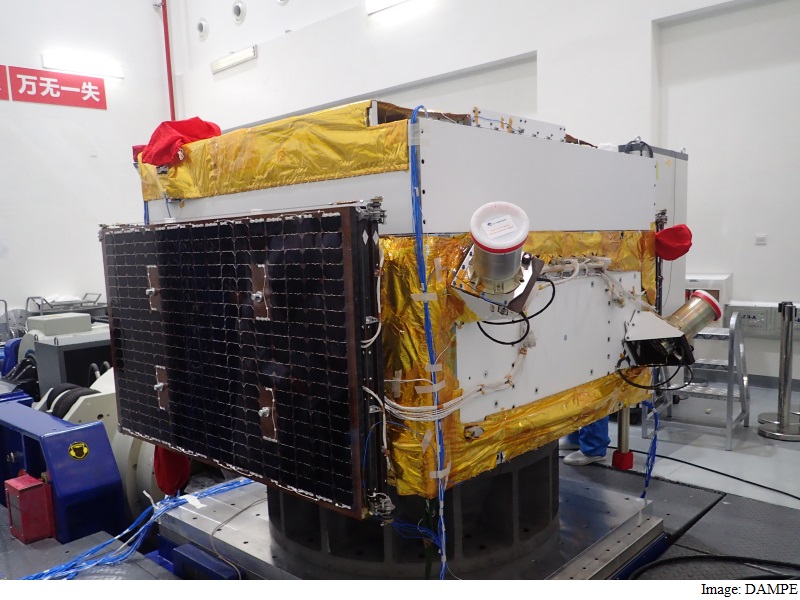 The satellite's initial findings are expected to appear before the end of the year as it has completed three months of in-orbit testing, the Chinese Academy of Sciences (CAS) said.

Dark matter is an invisible material that makes up most of the universe's mass.

Launched on December 17 last year on a Long March 2D rocket, "Wukong" was handed over to the CAS Purple Mountain Observatory Thursday.

The satellite completed all set tests with all its technical indicators reaching or exceeding expectations, state-run Xinhua news agency reported.

"Wukong" is designed for a three-year mission. It will scan space nonstop in all directions in the first two years and then focus on areas where dark matter is most likely to be observed in the third.

The CAS yesterday released a report on the future of space science promising "major progress and breakthroughs" by 2030 in research into the formation and evolution of the universe and the search for extraterrestrial life.

It will also strive to find new physical laws that supplant current basic theories. The goals will be achieved by manned and unmanned programmes, including a black hole probe, a Mars probe and extraterrestrial life exploration.

Chinese lawmakers on Wednesday approved the country's economic and social development blueprint for the 2016-2020 period, including research on the origins of the universe and life.

The Satellite was given the moniker "Wukong" name after the Monkey King from the Chinese classical fiction "Journey to the West."