Chandrayaan-2 took the new photos of the Moon on August 23.

The Indian Space Research Organisation on Monday released a fresh set of photographs of the surface of the moon and its craters taken by the Terrain Mapping Camera-2 of the Chandrayaan-2 spacecraft. According to ISRO, the pictures were taken on August 23 at an altitude of about 4,375 kms showing impact craters like Jackson, Mitra, Mach, and Korolev.

ISRO said Jackson is an impact crater located in the northern hemisphere of the far side of the Moon. The crater's diameter is 71km.

The interesting feature at the western outer rim of the Mach crater is another impact crater named Mitra (92km in diameter).

"It is named after Prof. Sisir Kumar Mitra, who was an Indian physicist and Padma Bhushan recipient known for his pioneering work in the field of ionosphere and radiophysics," ISRO said.

The Korolev crater seen in the image is a 437-km wide crater which has several small craters of varying sizes. 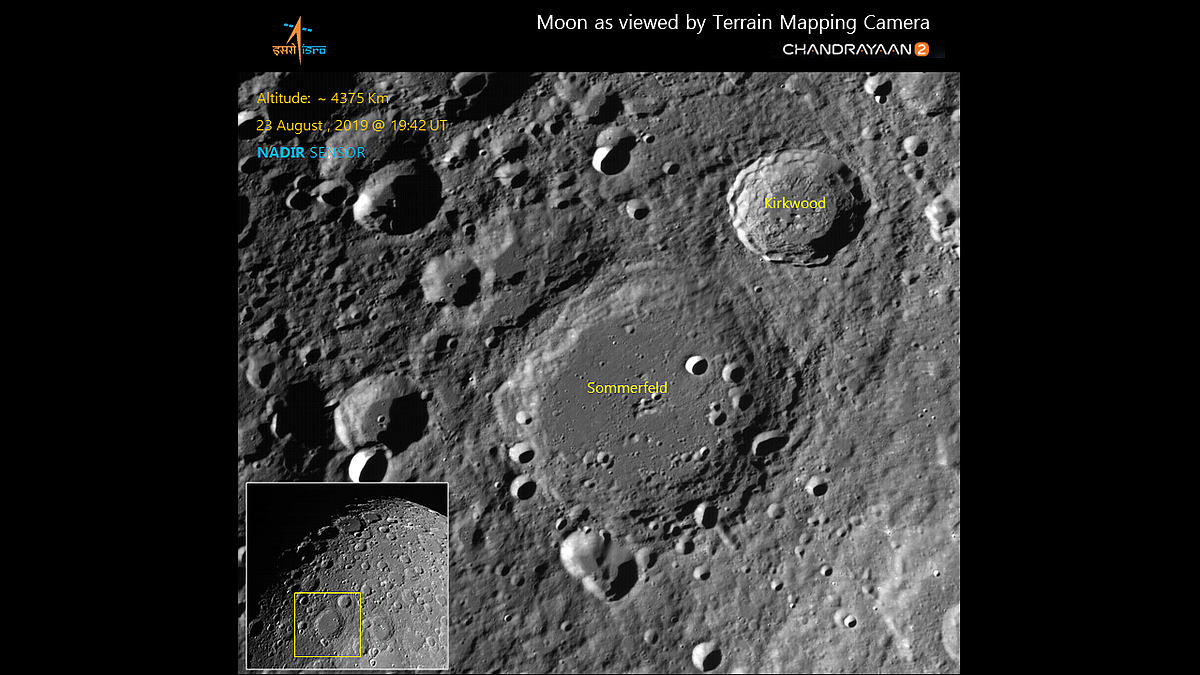 Sommerfeld is a large impact crater located in the farside northern latitudes of the Moon. It is a 169kms in diameter.

It has a relatively flat interior surrounded by a ring mountain and a number of smaller craters lie along the rim edge.

The crater is named after Dr. Arnold Sommerfeld, a pioneering German physicist in the field of atomic and quantum physics. North east of this crater lies the Kirkwood crater named after American astronomer Daniel Kirkwood, another well-formed impact crater which is approximately 68 kms in diameter, ISRO said.

Another picture was that of impact craters Plaskett (109km wide), Rozhdestvenskiy (177km wide) and Hermite (104km wide, one of the coldest spots in the solar system).

The Spy in Your Wallet: Credit Cards Have a Privacy Problem
Dickinson Trailer: Hailee Steinfeld Is Rebellious Poet in Apple TV+ Series