Chandrayaan-2 will carry out a soft landing on the Moon on September 7. 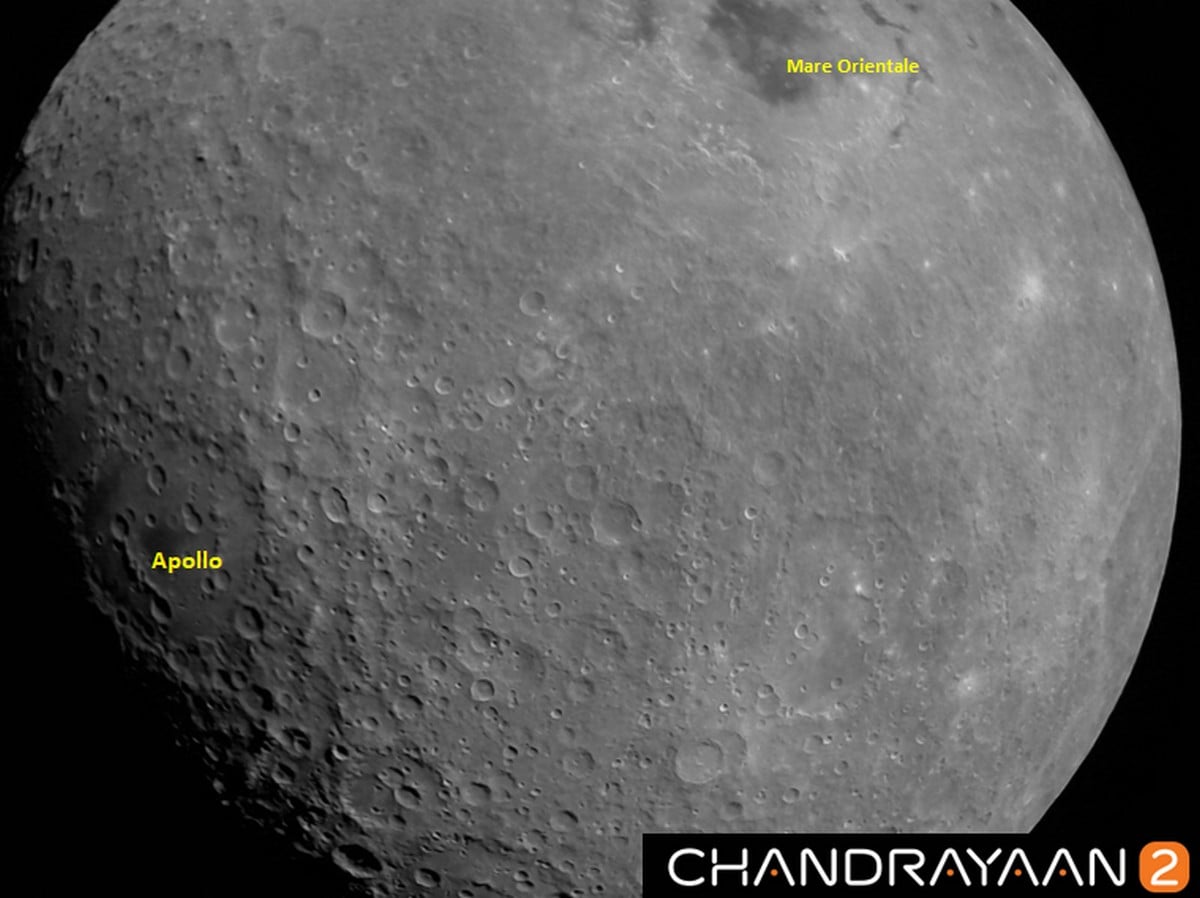 Chandrayaan-2 has captured the first image of the Moon, two days after entering the lunar orbit. The picture was taken by Vikram, the spacecraft's lander and shows the Mare Orientale basin and Apollo craters. The image was taken at a height of about 2, 650 km from the lunar surface on August 21.

"Take a look at the first Moon image captured by #Chandrayaan2 #VikramLander taken at a height of about 2650 km from Lunar surface on August 21, 2019. Mare Orientale basin and Apollo craters are identified in the picture," the Indian Space Research Organisation (ISRO) tweeted on Thursday.

ISRO chief K Sivan on Tuesday announced Chandrayaan-2's successful completion of lunar orbit insertion while stating that the mission would carry out a soft landing on the Moon on September 7.

Sivan also stated that an invitation has been extended to Prime Minister Narendra Modi to witness the landing of Chandrayaan-2, however, a confirmation is awaited.

Sivan detailed that the next major event will happen on 2 September when the lander will be separated from the orbiter.

Chandrayaan-2 will explore a region of the Moon where no mission has ever set foot. The spacecraft consists of an orbiter, a lander, and a rover together referred to as "composite body".

After revolving around the Earth's orbit for nearly 23 days, it began its journey to the Moon on August 14.

After entering the earth orbit, Chandrayaan-2 had shared the beautiful first pictures of it.

The mission Chandrayaan-2 took off from Satish Dhawan Space Centre at Sriharikota on July 22.