The Chandrayaan-2 mission will kick off on July 15

While a large number of people in India are eager to view the launch of the Chandrayaan-2 mission that is taking place on July 15, the dedicated webpage that the Indian Space Research Organisation (ISRO) had created specifically for people to register for watching the experience live at the venue has crashed. The webpage was designed to receive online registrations for getting passes to the event, and the registration process was aimed to start from 12am IST on Thursday, July 4. However, it seems to have faced an outage as the registration page was giving "Site Currently Unavailable" error.

The ISRO through its official Twitter account earlier this week announced the online registration process for witnessing the Chandrayaan-2 launch. The space agency mentioned that the process would kick off at 12am IST on Thursday, July 4. However, it didn't specify any link to the registration page.

That being said, the webpage was later found to be a part of the Satish Dhawan Space Centre (SDSC) SHAR website that wasn't working for many users. "[The] website is temporarily unavailable. Please tweet again with new timing and release the website. I'm going to sleep now and I don't want to miss the gallery registration," one of the users who faced the trouble while registering on the site tweeted. 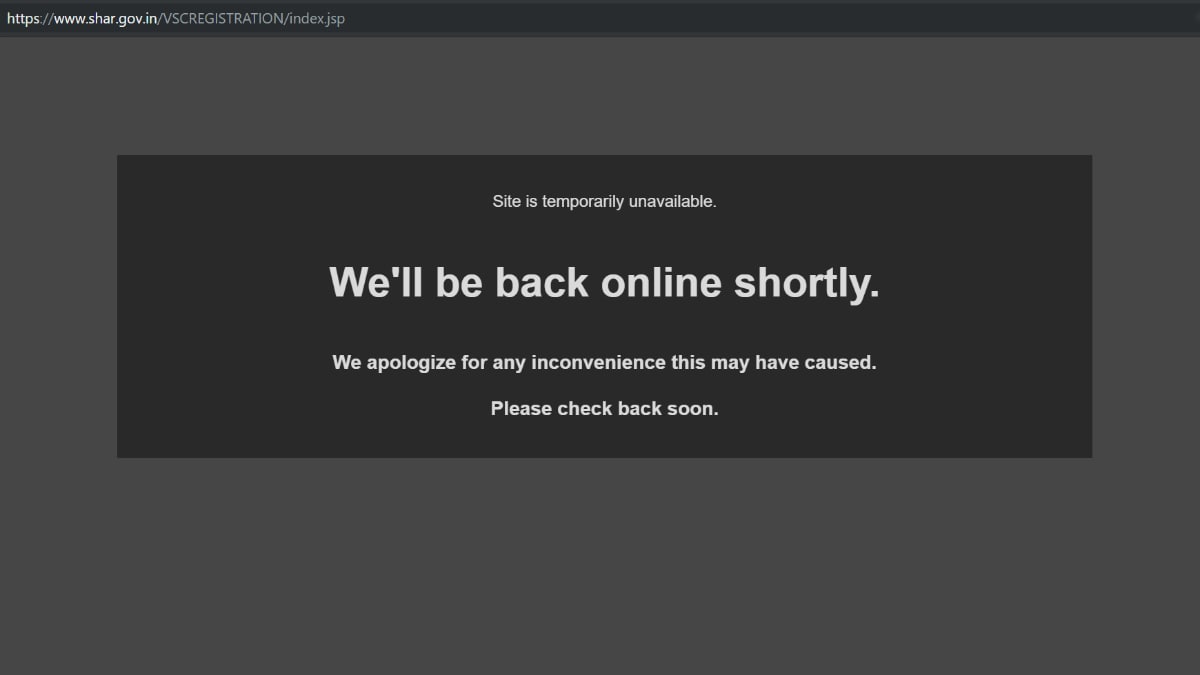 As Digit reports, the webpage pertaining to the online registration process was meant to receive email addresses from the registrants who were later supposed to receive an email on their given addresses for producing further information.

The registrants were reportedly asked to provide details such as their name, age, gender, and the identification number of their Aadhaar card, driving licence, or voter ID to generate the passes upon successfully providing their email addresses. But notably, the webpage that was meant for receiving the email addresses and begin the registration process online became inaccessible.

At the time of filing the story, we were able to verify the downtime of the specific webpage. We've also reached out to the ISRO to comment on the outage and will update this space when we hear back.

To recall, the Chandrayaan-2, which is India's second mission to the Moon, is scheduled to kick off at 2:51am on July 15. The launch would take place through the GSLV MK-III vehicle from the spaceport of Sriharikota. ISRO Chairman K Sivan last month announced that the mission cost of Chandrayaan-2 was Rs. 603 crores.