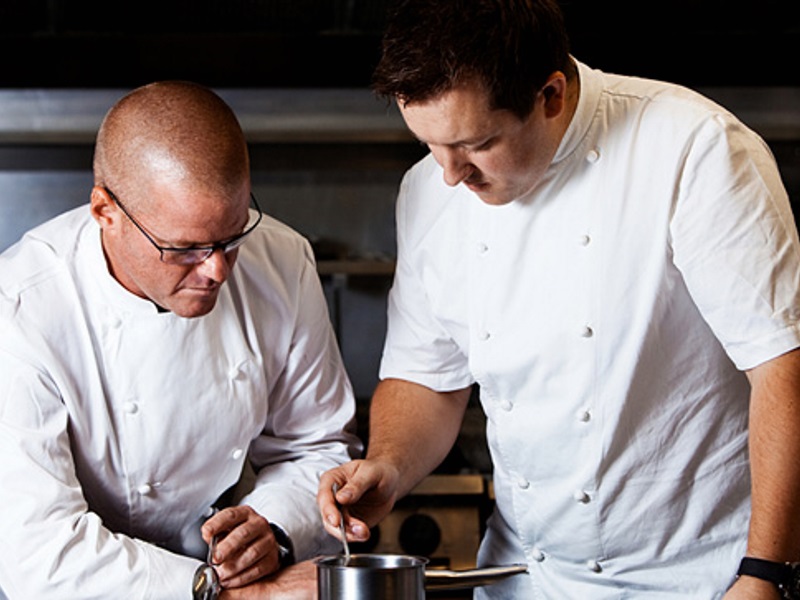 Michelin-starred chefs are vying to create Christmas delights for astronauts spending the festive season 400 kilometres away from Earth and their families.

The latest in the pack is London celebrity chef Heston Blumenthal who is crafting delicacies for British astronaut Tim Peake currently on board the International Space Station (ISS).

The first British astronaut to the ISS space station, Peake's mission began in the middle of this month, and the Christmas and New Year treats include dishes to remind him of home during his six-month stint.

These include Christmas pudding and foreign delights, including Thai chicken curry and Alaskan salmon. Also on the menu is a Sunday roast and a curry.

Blumenthal, who is known for using science in his cooking, said the challenge was to create gravity-defying but delicious food - which for astronauts is usually dry-frozen, dehydrated or thermo-treated.

"I felt a surge of pride to be involved in such a historic moment for both astronomy and gastronomy. Imagine telling a young boy that when he grows up he will create food for astronauts to eat in space - it's a dream I couldn't even envisage, let alone it coming true!" he said in remarks published by the the Guardian newspaper.

For New Year's Eve and New Year's Day, American Scott Kelly, the commander of the ISS which is in orbit 400 kilometres (250 miles) from the Earth, drew up the special menus after consultations with crew members.

Alcohol, however, is out for obvious reasons.

"In Europe, we try and get the astronaut and a chef from his or her country to develop dishes," said Romain Charles, an engineer from the European Space Agency.

Gourmet food a 'morale booster'
The daily fare on the station is more banal and provided by Nasa and Roscosmos, the US and Russian space agencies.

"All astronauts, whatever their nationality, are happy to have ...a special dish," said French Michelin-starred chef Alain Ducasse.

Ducasse said German atsronaut Thomas Reiter, one of the first to savour these specially made dishes, "told me that this was a way for astronauts to keep touch with Earth," Ducasse said.

Top starrers include roasted quail, scallops and Caponata, a kind of ratatouille, said Quentin Vicas, the head of spacefood programme at Ducasse.

As far as desserts go, it's chocolate cake, cheesecake and apple fondant.

Because of the weightless conditions in which they live, the astronauts have to eat most of their meals from a can or aluminium envelope with a fork or spoon or risk their lunch flying all over the place.

A top challenge is ensuring the food is 100 percent safe.

"Food poisoning on board could lead to serious damages," said Lionel Suchet, deputy director of the Toulouse-based French Space Agency.

"The food can't be too dry or too humid," he said.

French astronaut Thomas Pesquet, who will join the ISS in November next year, is already preparing his dream space menu. He has already chosen several Ducasse dishes and met with Michelin-starred French chef Thierry Marx.