The robot dog is designed to help address safety concerns in hazardous areas and update managers with real-time data on equipment health. 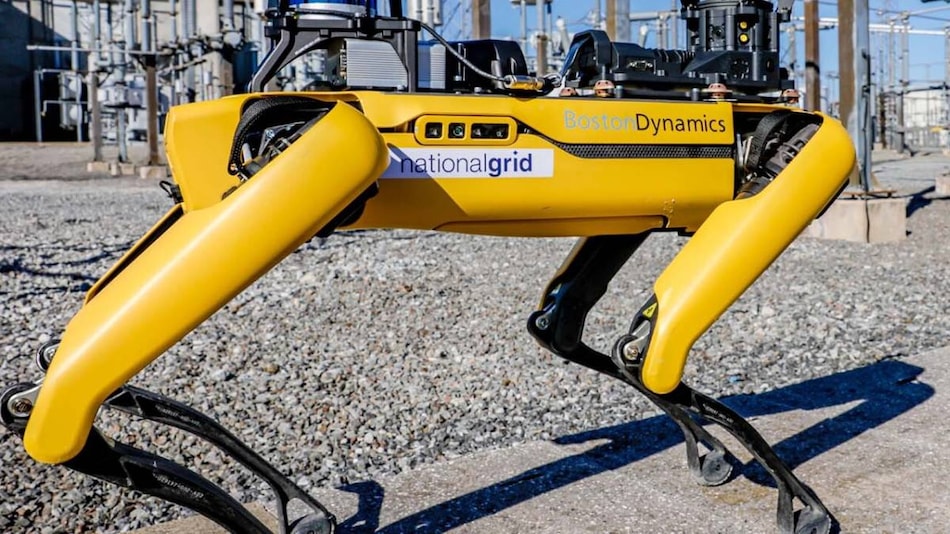 Boston Dynamics and IBM have joined forces to deploy the popular — but controversial — robot dogs at the US National Grid sites for autonomous inspection. The Boston Dynamics robot, named Spot, will be integrated with artificial intelligence (AI) and other required features developed by IBM Research. The new robot will be initially deployed at the electric and gas utility sites in Massachusetts and New York for regular inspections. AI-enabled robots are increasingly being deployed in manufacturing and warehouse settings but to experience the true benefits, it is necessary to have AI as close to the origin of the data as possible.

This move by the two firms is likely to encourage more companies to consider making such deployments. In a statement, IBM said the new and improved Spot will give operations staff “greater flexibility” to inspect equipment. The companies outlined how industrial operations staff can benefit from the AI-enabled robot. First, it is designed to help address safety concerns in hazardous areas. Next, it equips operations managers with near-realtime insights on equipment health. And finally, it would result in operators spending less time on basic inspection rounds.

While Boston Dynamics is projecting this as an improved device, it has previously faced backlash for selling Spot to local police departments, including the NYPD. Then, the police department abruptly cancelled its lease and stopped using the robot following a public outcry which described the devices as “creepy.”

But Boston Dynamics said the demand for these devices is increasing. The statement cited an IBM Institute for Business Value (IBV) survey, which showed 56 percent of manufacturers have implemented AI-driven robotics to make autonomous decisions. The survey said 83 percent of manufacturers agree intelligent automation will help them meet strategic challenges and improve business results. However, they also point out that "most edge and IoT devices today are inflexible and often incapable of responding to rapidly changing environments."