Researchers hope that the new technology will one day help power satellites and remote sensors, where frequent recharging is not practical. 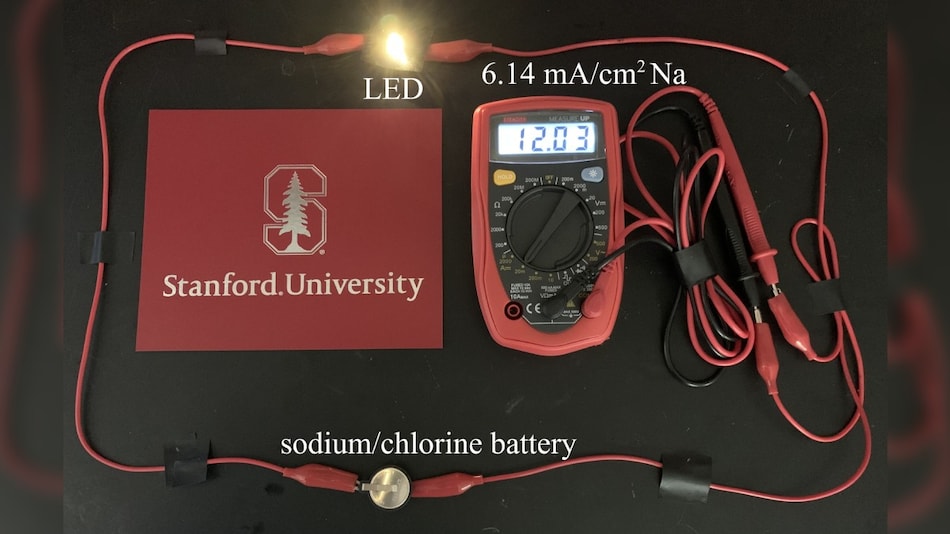 A group of Stanford University researchers has developed rechargeable batteries that can store charge six times that of the lithium-ion batteries available at present. With the help of this new technology, users would have to recharge mobile devices only once a week and an electric vehicle would be able to cover six times more distance on a single recharge. These would be the top two benefits of the research.

At the heart of the research are the new so-called alkali metal-chlorine batteries. The researchers have tried a back-and-forth conversion of sodium chloride or lithium chloride to chlorine. Hitherto, not many researchers have tried to explore the potential of a sodium-chlorine or lithium-chlorine battery because it's very challenging to convert chlorine — a highly reactive gas — back to a chloride. In cases where scientists achieved some degree of rechargeability, the battery performance was poor.

The research was published in the Nature journal on August 25. However, Stanford chemistry professor Hongjie Dai and doctoral candidate Guanzhou Zhu did not set out to create rechargeable sodium and lithium-chlorine battery. They were working to improve existing battery technologies using thionyl chloride.

“A rechargeable battery is a bit like a rocking chair. It tips in one direction, but then rocks back when you add electricity,” Dai was quoted as saying in a report by Tech Xplore.

The researchers have achieved 1,200mAh per gram of positive electrode material against a commercial lithium-ion battery's capacity of about 200mAh per gram.

They hope their batteries will one day help other scientists power satellites and remote sensors, where frequent recharging is not practical. For now, the prototype can be suitable for use in everyday electronic items like hearing aids or remote controls.