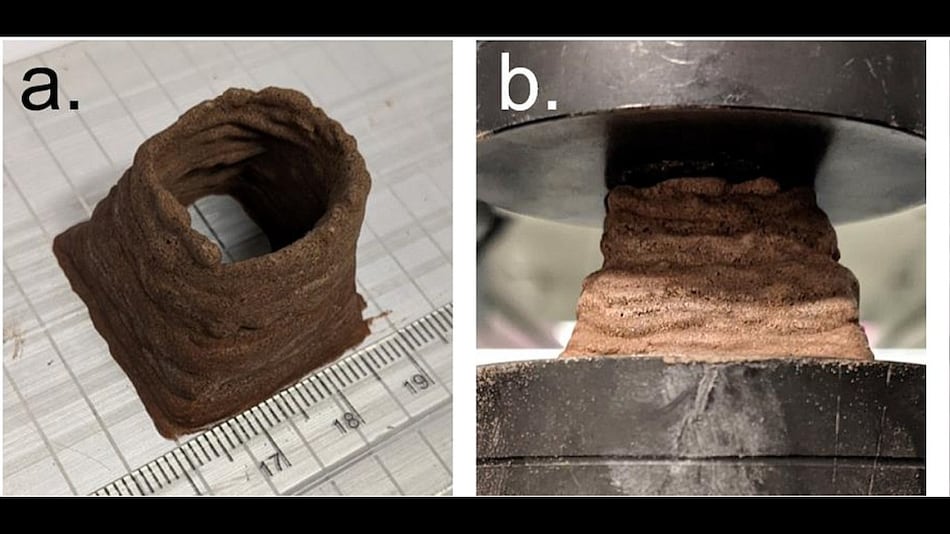 There is a renewed focus on space, which has turned into a new frontier for humanity to conquer. While several nations are sending missions to outer space – as far as Mars – colonising either the Moon or Mars is understandably difficult. Besides logistical issues, there are practical problems. For example, transporting one brick to Mars can cost more than two million US dollars. This makes any effort to build housing complexes incredibly expensive. However, scientists at England's University of Manchester have found a way to overcome this problem. They have created a concrete-like material from Martian dust mixed with the blood, sweat, and tears of astronauts.

Literally, astronauts will give their blood, sweat, and tears to make humanity a multi-planetary species. The study states that a protein from human blood plasma, when mixed with a compound from urine, sweat, or tears, can form a biocomposite material with Moon or Mars dust to produce something stronger than concrete. They say it would be suited for construction in extra-terrestrial environments.

The study was published in Materials Today Bio. Scientists showed the protein – human serum albumin – could act as a binder for the soil available on the Moon or Mars. They have named the resulting material, AstroCrete. It has an impressive strength as high as 25MPa, about the same as ordinary concrete.

Interestingly, the researchers also discovered that when the material was combined with urea – a biological waste found in human urine, tears, and sweat – its strength increased 300 percent to 40MPa.

Dr. Aled Roberts, from the university who worked on the project, said that their method was considerably beneficial over many others. “Scientists have been trying to develop viable technologies to produce concrete-like materials on the surface of Mars, but we never stopped to think that the answer might be inside us all along,” he was quoted as saying in a report on the website of The University of Manchester.

A two-year mission by a crew of six astronauts on the Martian surface can produce 500kg of AstroCrete, the scientists said.