An illustration of a binary system

Radar images from the Arecibo Observatory have shown that the asteroid by the name of 2020 BX12 that passed Earth earlier this month was a binary asteroid. What this means is the big asteroid had a smaller asteroid orbiting around it. The larger asteroid was discovered by Asteroid Terrestrial-impact Last Alert System (ATLAS) survey on January 27. The alert system is located in Mauna Loa in Hawaii. Because of its minimum orbit intersection distance (MOID) and size, it was considered as a potentially hazardous asteroid (PHA).

The secondary body was first observed on February 4 by the observatory located in Puerto Rico. The larger asteroid had a diameter of at least 165 metres while the smaller moon-like asteroid was around 70 metres in diameter. According to the observations made by Arecibo Observatory on February 5, the two bodies were 360 meters apart from each other. The MOID of the larger asteroid was 302,000kms from Earth which meant it could come closer to our planet than our Moon. But, now that it is moving away from Earth and doesn't classify as dangerous. 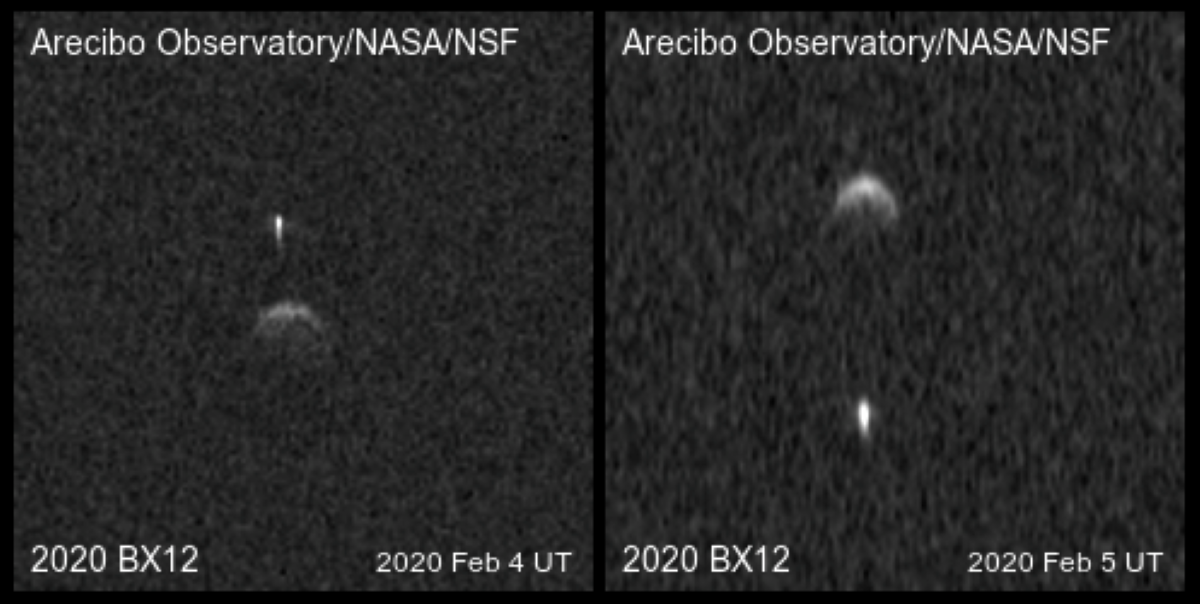 NASA has classified the 2020 BX12 under Apollo meaning “Near-Earth asteroid orbits which cross the Earth's orbit similar to that of 1862 Apollo (a > 1.0 au; q < 1.017 au).” According to the agencies data, the 2020 BX12 was first observed in 2014 and last observed on February 7. The calculations also show that it will pass Mars in June this year.

On January 20, the asteroid named 2020 AQ1 that came close to Earth was around 755 feet, making it larger than the Golden Gate Bridge tower. In December of last year, an asteroid named 2006 WH1 was also spotted in the vicinity of our planet with a diameter of 1,772 feet, and was classified as a potentially hazardous asteroid.

Further reading: Asteroid 2020 BX12, Arecibo observatory, Asteroid Terrestrial-impact Last Alert System
Vineet Washington Email Vineet Vineet Washington writes about gaming, smartphones, audio devices, and new technologies for Gadgets 360, out of Delhi. Vineet is a Senior Sub-editor for Gadgets 360, and has frequently written about gaming on all platforms and new developments in the world of smartphones. In his free time, Vineet likes to play video games, make clay models, play the guitar, watch sketch-comedy, and anime. Vineet is available on vineetw@ndtv.com, so please send in your leads and tips. More
Samsung Galaxy A30 Starts Receiving Android 10 Update With One UI 2.0 in India: Report
Realme X50 Pro 5G to Be Unveiled During an Online Launch Event as MWC 2020 Gets Cancelled