Arianespace to Conduct Readiness Review for GSAT-15 Launch on Friday 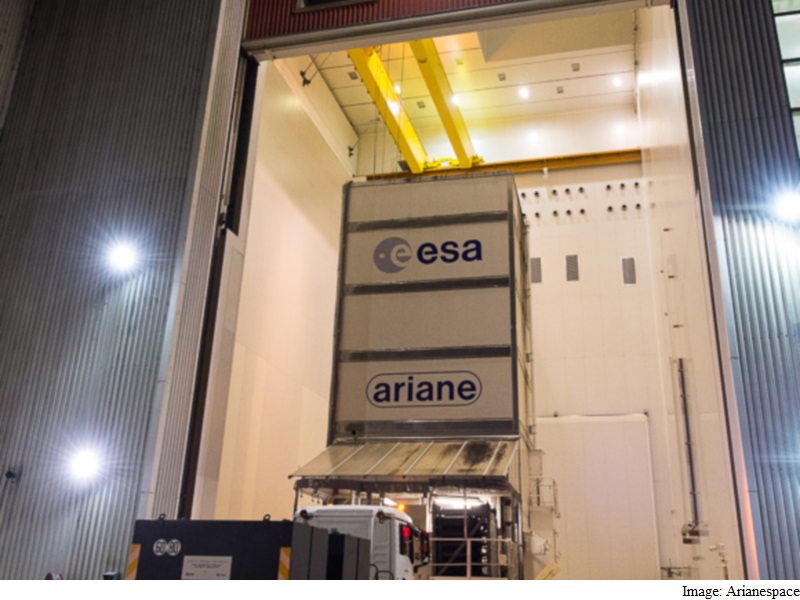 European space agency Arianespace will have its Launch Readiness Review (LRR) this Friday for the November 10 flight of Ariane 5 rocket with Indian communication satellite GSAT-15, the agency said.

In a statement Arianespace said: "The Launch Readiness Review (LRR) will take place on Friday, November 6, 2015 in Kourou, to authorize the start of operations for the final countdown."

According to Arianespace, the whole mission is expected to last about 43 minutes. The rocket will carry a total payload of 9,810 kg, including approximately 8,962 kg for the two satellites-GSAT-15 and ARABSAT-6B.

"Since the launch of the experimental satellite Apple on Flight L03 in 1981, Arianespace has orbited 86 percent of the contracts for geostationary launches that India opened to bids by non-Indian launch systems," the European space agency said.

GSAT-15 will provide telecommunications services, as well as dedicated navigation-aid and emergency services for India.

The Indian satellite with a design life of 12 years will have 24 Ku-band transponders (automatic receivers and transmitters of radio signals) and two GAGAN (GPS Aided Geo Augmented Navigation) transponders.