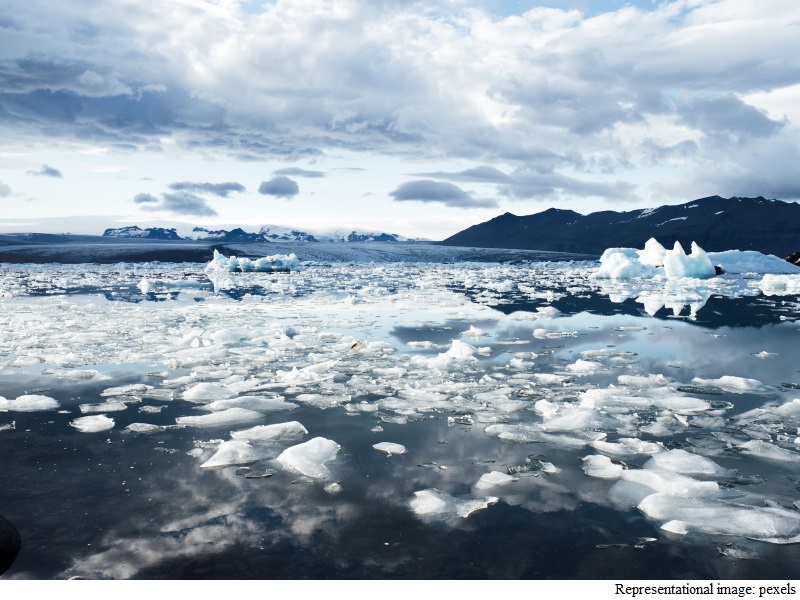 Melting Antarctic ice will contribute to soaring sea levels, but new estimates show the threat may be less serious than once thought, researchers said Wednesday.

Previous estimates had been for retreating ice around the South Pole to add as much as a metre (three feet) to the world's ocean level by century's end.

But new modelling projects up to 30 centimetres (12 inches) from thawing Antarctic ice by 2100, and up to 72 cm by 2200, according to results published in the journal Nature.

The Arctic and the Antarctic Peninsula are considered hotspots, warming at double the global average rate.

Even if the new predictions are less dire, they would contribute to a global increase that could wreak havoc on humanity submerging cities and displacing millions of people.

"Antarctica is the most uncertain part of future sea level rise so it is important to try to pin this part down," study co-author Tamsin Edwards, a researcher at The Open University in Britain, told AFP.

She said earlier predictions had been based on relatively simple models or extrapolations from past ice losses.

But her team's updated estimate calls on a range of sources, including a physical model of the ice sheet, past predictions compared with real-time observations, and statistical methods that take into account scientific uncertainty.

The researchers assumed a temperature increase of approximately four degrees Celsius (7.2 degrees Fahrenheit) over pre-industrial times by the end of the century.

Starting on November 30, negotiators from 195 nations will huddle in Paris for a climate rescue pact aimed at keeping global warming to 2 C.

Disappearing Antarctic ice is not just due to melting. The sheet is pulling ever closer to land and is also flowing faster and faster toward the coast.

Google Maps Now Available Offline in India With Turn-by-Turn Navigation
Fallout 4 on PC, PS4, or Xbox One? We Help You Decide