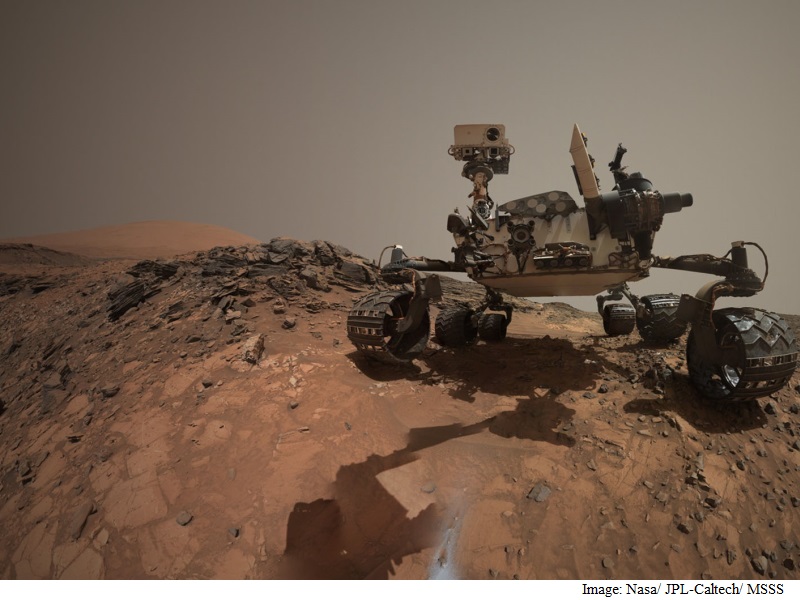 After investigating the "Marias Pass" region where it found a geological contact zone and rocks that are unexpectedly high in silica and hydrogen content, Nasa's Curiosity Mars rover has now moved to an entirely new location on the Red Planet.

The hydrogen indicates that the area was once brimming with water. Hydrogen in the ground beneath the rover is monitored by the rover's Dynamic Albedo of Neutrons (DAN) instrument.

"The ground about one-metre beneath the rover in this area holds three or four times as much water as the ground anywhere else Curiosity has driven during its three years on Mars," said DAN principal investigator Igor Mitrofanov from Space Research Institute in Moscow.

Later, the rover drove back over the area using DAN in active mode. The measurements confirmed hydrated material covered by a thin layer of drier material.

In the "Marias Pass" region, Curiosity successfully used its drill to sample a rock target called "Buckskin" and then used the camera on its robotic arm for multiple images to be stitched into a self-portrait at the drilling site.

Curiosity is carrying with it some of the sample powder drilled from "Buckskin".

Silica is a rock-forming chemical containing silicon and oxygen, commonly found on Earth as quartz.

Hydrogen has been detected at low levels everywhere Curiosity has driven and is interpreted as the hydrogen in water molecules or hydroxyl ions bound within or absorbed onto minerals in the rocks and soil.

Curiosity initially noted the area with high silica and hydrogen on May 21 while climbing to a site where two types of sedimentary bedrock lie in contact with each other.

Curiosity reached the base of "Mount Sharp" region after two years of fruitfully investigating outcrops closer to its landing site and trekking to the mountain.

The main objective now is to examine layers of lower "Mount Sharp" for ancient habitable environments and evidence about how early Mars environments evolved from wetter to drier conditions.