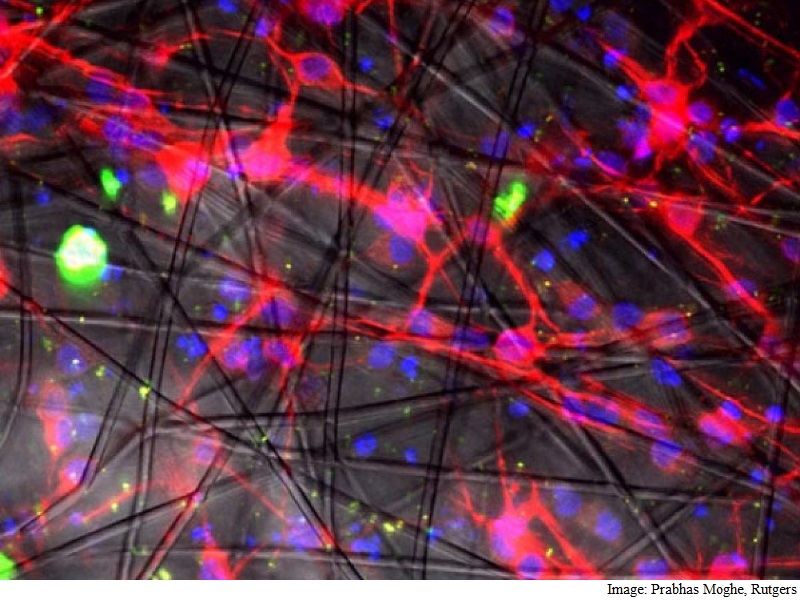 A group of US researchers has developed a 3D micro-scaffold technology that promotes reprogramming of stem cells into neurons and supports growth of neuronal connections capable of transmitting electrical signals.

This is a promising new platform that could make transplantation of neurons a viable treatment for a broad range of human neurodegenerative disorders like Parkinson's.

Previously, transplantation of neurons to treat neurodegenerative disorders had very limited success due to poor survival of neurons that were injected as a solution of individual cells.

"Working together, the stem cell biologists and biomaterials experts developed a system capable of shuttling neural cells through the demanding journey of transplantation and engraftment into host brain tissue," explained Rosemarie Hunziker, director of the NIBIB programme in tissue engineering and regenerative medicine.

The research was performed by researchers from universities like Rutgers, Stanford, the Human Genetics Institute of New Jersey, Piscataway and the New Jersey Center for Biomaterials, Piscataway.

The researchers experimented in creating scaffolds made of different types of polymer fibres and of varying thickness and density.

They ultimately created a web of relatively thick fibres using a polymer that stem cells successfully adhered to.

The stem cells used were human induced pluripotent stem cells (iPSCs) which can be readily generated from adult cell types such as skin cells.

The iPSCs were induced to differentiate into neural cells by introducing the protein NeuroD1 into the cells.

The neurons on the scaffolds had dramatically increased cell-survival compared with the individual cell suspensions.

"A critical finding was that the neurons on the micro-scaffolds expressed proteins that are involved in the growth and maturation of neural synapses - a good indication that the transplanted neurons were capable of functionally integrating into the host brain tissue," noted the authors in a paper appeared in the journal Nature Communications.

The team is now refining their system for specific use as an eventual transplant therapy for Parkinson's disease.

The plan is to develop methods to differentiate the stem cells into neurons that produce dopamine, the specific neuron type that degenerates in individuals with Parkinson's disease.