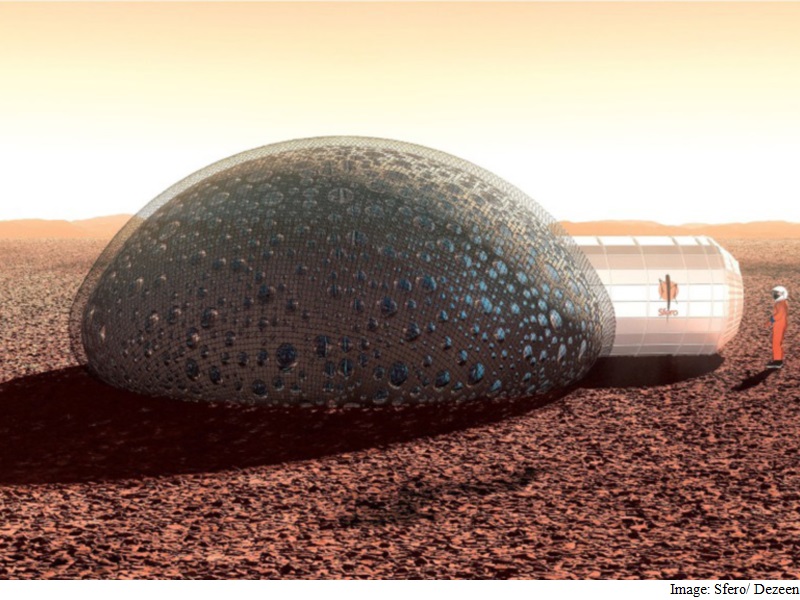 A French firm has designed a conceptual shelter for future astronauts on Mars that would be 3D-printed on the red planet using locally-available materials.

Resembling an igloo from the surface, the shelter, dubbed Sfero, would be partially buried beneath the ground. Access to the shelter would be gained by its one long corridor, which contains an airlock.

The interior comprises three floors. The uppermost floor measures just 3 sq. m, and food can be grown here, while the next floor down measures 29 sq. m and comprises a work area and bathroom.

The lowermost floor measures 40 sq. m and contains sleeping quarters. The occupants would navigate between each floor by a spiral staircase, 'Gizmag' reported.

The firm Fabulous envisions that the red planet's own substrata could be used as a raw material for 3D printing. The process would involve a central mast that can extract iron from the planet's soil and rock, and also seek out permafrost to turn into water and use as insulation between the structure's inner and outer shell, reducing the effects of solar radiation.

The firm envisions the shelter being tested in California's Mojave Desert or somewhere in Hawaii, while the Gale Crater is slated as the shelter's final Mars location. The project has been created in response to Nasa's call for designs for 3D-printed habitats for Mars, despite the competition being only officially open to US residents, according to 'Dezeen'.