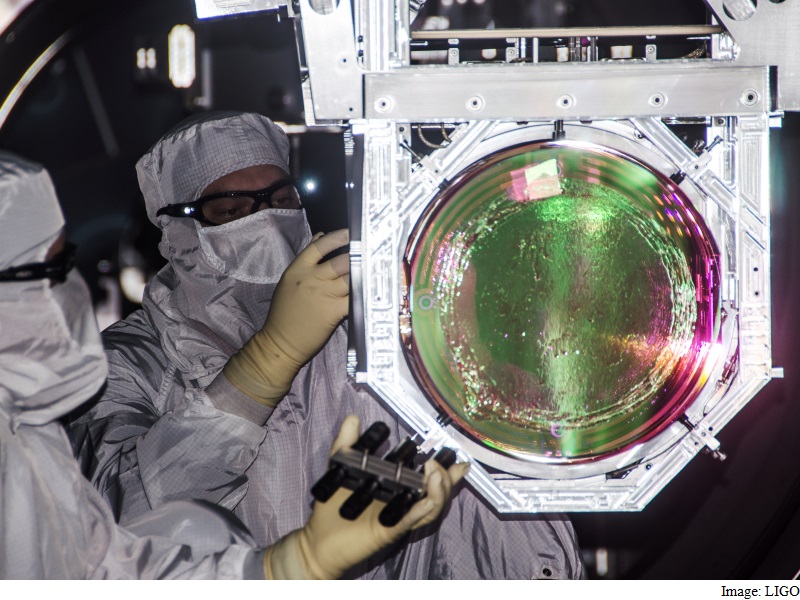 "A significant presence of Indian scientist exists in this milestone scientific achievement. India can also boast of three decades of research pursued at the Inter-University Centre for Astronomy and Astrophysics (IUCAA), Pune and Raman Research Institute (RRI), Bengaluru, at the frontiers of theory and signal extraction algorithm in the quest of discovering gravitational waves."

"Some of these accomplishments from India have directly contributed to the detection and are prominently cited in the discovery publication. In all, 37 authors from 9 Indian institutions in the scientific article presented the world with the first discovery of gravitational waves published in the Physical Review Letters by the LIGO Scientists Collaboration and Virgo Collaboration," Union Minister for Science and Technology, Harsh Vardhan, said in a written reply in Lok Sabha.

Two scientists from Chennai Mathematical Institute (CMI), seven from Tata Institute of Fundamental Research-Bengaluru, two from Indian Institute of Science Education and Reserach (IISER)-Kolkata, three from IISER-Thiruvanathapuram, two from IIT-Gandhinagar, three from Institute of Plasma Research, nine from IUCAA, six from Raja Ramanna Centre for Advanced Technology (RRCAT)-Indore and three from TIFR participated in the research.

The project was being done in collaboration with institutes of Department of Atomic Energy and Department of Science and Technology, under the Ministry of S&T.

Chrome 49 for Android and iOS Brings Revamped Bookmark Interface, More
I Played Gears of War: Ultimate Edition on Windows 10 So You Don't Have To