Was Albert Einstein Really a Bad Student Who Failed Maths? 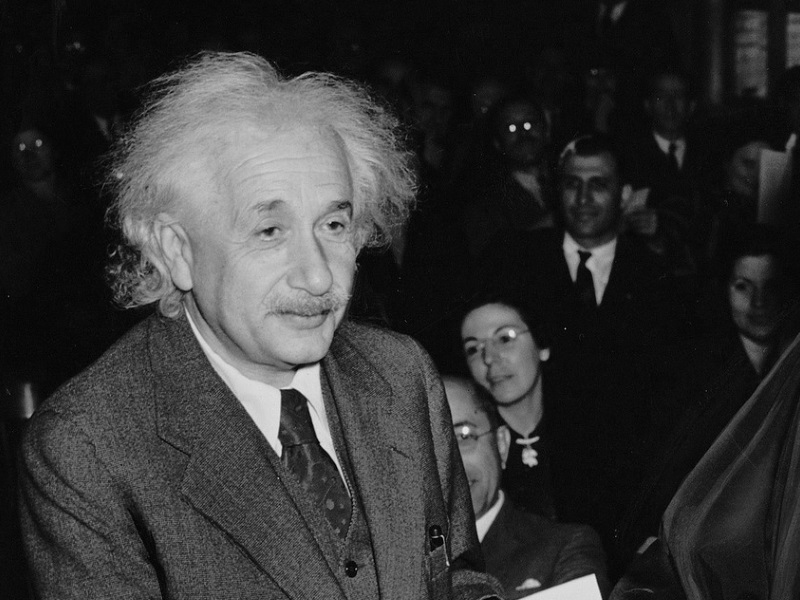 There is huge news in the science world: Scientists just announced that they have detected gravitational waves from the merging of two black holes in deep space - something predicted a century ago by Albert Einstein's General Theory of Relativity.

The finding serves to underscore again the prodigious genius of Einstein, a theoretical physicist whose work fundamentally changed the way humans view and understand their world.

The outlines of his life story are well known: He was born in Germany in 1879, worked as a patent clerk in Bern, Switzerland, starting in 1905, and in 1915 completed the earth-shattering General Theory of Relativity, which helped explain how space, time and gravity interact and propelled him into the scientific stratosphere. He immigrated to the United States in 1933 and spent the rest of his professional career at Princeton University, remaining active in science as well as political and social issues until his death in 1955.

There are also commonly held aspects of his childhood and education that seem to conflict with the broad genius that he was. That he was a lazy child. That he was a bad student who flunked maths. That he had a learning disability. How much of this is true?

According to various sources, including the Albert Einstein Archives in Israel, which has the largest collection of Einstein papers in the world, some of that is true and some isn't.

Did he start talking late?
He told a biographer, Carl Seelig, that his parents "worried because I started to talk comparatively late and they consulted a doctor about it." Yet his grandparents wrote a letter to family members after seeing him when he was 2 years old and did not mention any such delay, instead noting that he had "droll ideas."

Was he a bad student?
He started school at 6 1/2 and, according to an Albert Einstein Archives biography, his early teachers did not find him especially talented even though he got high marks. He hated the strict protocols followed by teachers and rote learning demanded of students, which explains his disdain for school, which he carried with him when, at age 9 1/2, he entered the Luitpold Gymnasium, a competitive school. He liked some subjects better than others but progressed through school, again earning high marks. By age 11, he was reading college physics books, and at 13 he decided that Kant was his favorite author after reading the "Critique of Pure Reason." He was clearly brilliant to anybody paying attention.

Did he flunk maths?
He did fine in maths but he did flunk the entrance exam to the Zurich Polytechnic when he first took it - when he was about 1 1/2 years away from graduating high school, at age 16, and hadn't had a lot of French, the language in which the exam was given. He did fine on the maths section but failed the language, botany and zoology sections, according to history.com. A 1984 New York Times story says that the essay Einstein wrote for this exam was "full of errors" but pointed to his later interests. He wrote: "I see myself becoming a teacher of these branches of natural science, choosing the theoretical part of these sciences."

Einstein left the Luitpold Gymnasium and entered the Aargau Cantonal School, where he finished high school despite continuing trouble with French and was then automatically admitted in 1896 to the Zurich Polytechnic, from where he graduated.

*Did he have a learning disability? Einstein is commonly said to have been dyslexic. It is hard to diagnosis posthumously but the evidence strongly suggests that he was not, several biographers have said. It is also commonly said that he had ADHD because he daydreamed in school when he was young and was famously forgetful and Asperger's Syndrome, a disorder on the autism spectrum characterized by problems with social interaction and repetitive patterns of behavior. In 2003, the BBC reported that researchers at Cambridge and Oxford universities said they believed that Einstein (and Isaac Newton) displayed signs of Asperger's as a young child, when he was a loner and repeated sentences.

Whatever he had, it didn't stop him from becoming arguably the most famous and brilliant scientist in history.