The team at I2U2 Robot is packed into a large, airy space in IKP Eden in Bengaluru huddled around a robot, and don't notice us walking in for the scheduled meeting. They're too busy talking to a robot, trying to get it to hustle with voice commands. Its a fitting scene for the building which is partly an office for multiple startups, and partly a maker space that hosts workshops on 3D printing and woodworking for anyone who's interested.

Finally, Aman Kajaria, co-founder of I2U2 Robot looks up and tears himself away from his robot, to take on the duties of talking about it instead. First things first though, a personal tour of the building, so we can also see the maker space on the ground floor. The startups get free access to the equipment at IKP as part of their lease, and Kajaria tells Gadgets 360 that most of the work on building the I2U2 telepresence robots has been done right here in the building.

"Some of the metalwork is outsourced but that is also done at a fabrication unit nearby, and we 3D-print part of the unit as well, and then assemble it here," explains Kajaria. "We're still in a very early stage, and have to keep iterating and trying new things, so if we weren't doing things in-house it would waste too much time."

I2U2 Robot makes telepresence bots, a fairly niche area even globally. These are typically used by businesses for teleconferencing, and in a few specialised uses such as telemedicine, and in marine applications. I2U2 Robot however wants to make a telepresence robot for consumer use. Kajaria envisions people buying a robot to chat with their parents or their children from the office, or as a sort of advanced nanny-cam system. 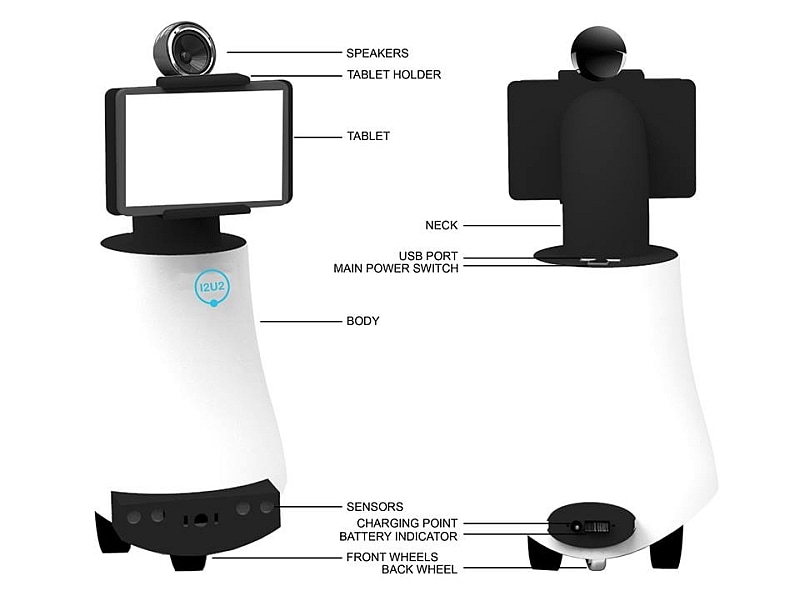 Telepresence robots built for business use have typically cost several thousand dollars. A few companies are now bringing the price down to between $500 and $1,000 (roughly between Rs. 33,000 and Rs. 66,000) for home use devices, but Kajaria is selling the I2U2 robot at Rs. 19,000, although it is very much a work in progress. His target price for the final product is Rs. 25,000.

"We're now ready to sell to the consumer, but we're only trying to sell around 50 units right at first," he adds, "and get some feedback that will help us build a better product. All the changes we make through software, or changes to the hardware also if possible, we'll bring to the early adopters as well so nobody loses out by supporting us right now."

The robot also called I2U2 is actually quite small, at around 2-feet in height. Otherwise it's a fairly standard design; there's a base with wheels for motion, a "body", which has a heart-shaped light that is used as an indicator, and finally, a screen on top for a "head", where you can plug any Android tablet.

There's another variant of the robot with a dedicated display so you don't need a tablet, though Kajaria says that based on user feedback, most seem to prefer the variant where they get to use their own tablet.

"We actually started with the other version, with the head enclosure with hidden speakers," he explains. "That was also using an Android tablet, which was set up to a kiosk mode, so the user couldn't use it, the tablet was just for the video chat. But people wanted to be able to use their own tablet." 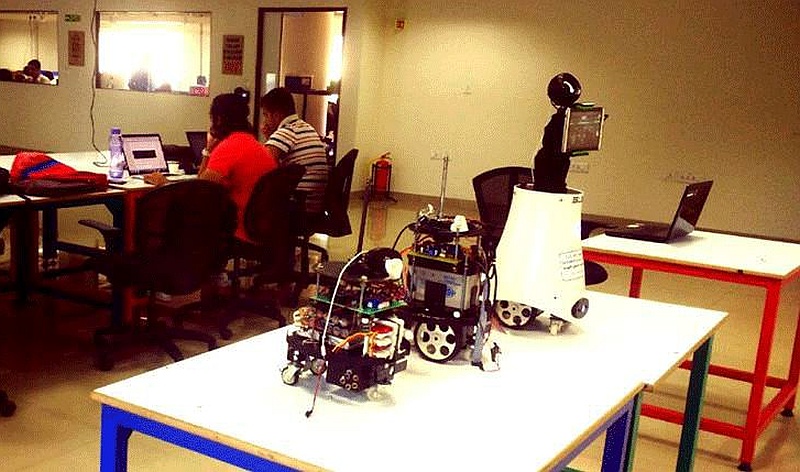 Setting up
The bot comes with its app on the Play Store; all someone needs to do to call you is to download the companion app, and you have to add their Google ID to the authorised caller list. Pickup is automatic after a ring (though this can be set to manual if you prefer) and movement is managed using the Controller app. The bot has around seven to eight hours of standby battery life, which is a bit of a drawback, but the team is working on improving this.

The cool part is that when you're moving around, you don't have to worry about bumping into things, or falling down stairs; there are ultrasonic sensors around the base that act as rangefinders, and if the bot detects an obstacle or drop, then the robot will back up and flash its lights as a visual indicator to the people nearby.

Typically telepresence robots are a lot taller, so you can chat with them at the eye level. The smaller size isn't really a drawback though, its actually at a very convenient height for talking if you're sitting in a chair, and it would also be a comfortable height for a child to talk to the I2U2 bot. The head can tilt up and down to look at you when you're talking, and the overall result is actually pretty comfortable.

The team is also working on a number of different command systems to control the robot. One method I2U2 Robot is working on is voice commands, which we saw as we walked in for the meeting. It wasn't going too well, but Kajaria says that it has shown improvement and will be ready in the near future. Another technology that the company is now looking at is a gesture controlled system, so that you can move the robot around in the middle of a chat by moving your hands. 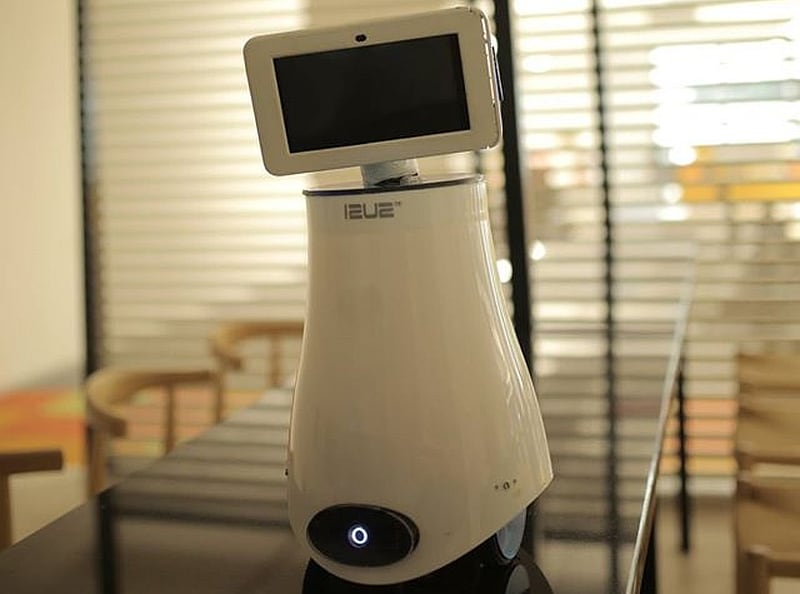 Right now though, the most stable and reliable way to move the robot around is to directly control it through forward, back, left, and right controls in the app. When you call the I2U2 bot using a paired app on a remote device, both screens connect just like in a video call. You can see what the bot is facing, like in any video call, but there are some on-screen buttons as well, which allow you to move the bot around, or to tilt its head up or down. "We're also adding an emoji button, so you can flash the display on the body to convey an emotion, and a nod button, so you can nod the head up and down as a reaction," Kajaria explains, adding, "we want to make the interaction feel more human."

What comes next?
The team is keen to open up the app as platform, so that other developers can find ways to use the bot perhaps to play games, or to follow a user around the house, or hold a simulated conversation. That's all in the future though, and right now, I2U2 Robot is focussing on the basics.

One of the problems it has to deal with is that network communications are not simple. If you have a speed of less than 2Mbps it wont work well," says Kajaria. "Ideally you should have 4Mbps. But aside from that, if someone is in the US and is chatting with the bot, they'll press forward, and then there will be a little delay before the bot moves forward, because the distance causes a little lag."

Aside from these issues, I2U2 Robot is also looking at industrial IoT solutions, which allow you to monitor not just work rates, but to actually have a physical presence in a remote factory. Other plans include looking at building the bot in multiple sizes, and selling different versions for enterprise users.

For now though the focus is on getting the first fifty units ready and shipped the company has a two month timeline for this and then it wants to start focussing on the next model of the I2U2 bot.

Samsung's Galaxy J2 DTV Is Its First Phone With a Digital TV Tuner
After Apple, EU May Focus on Companies Closer to Home