During his stay aboard the ISS, Maezawa tweeted “uchyu nau,” or “space now.” 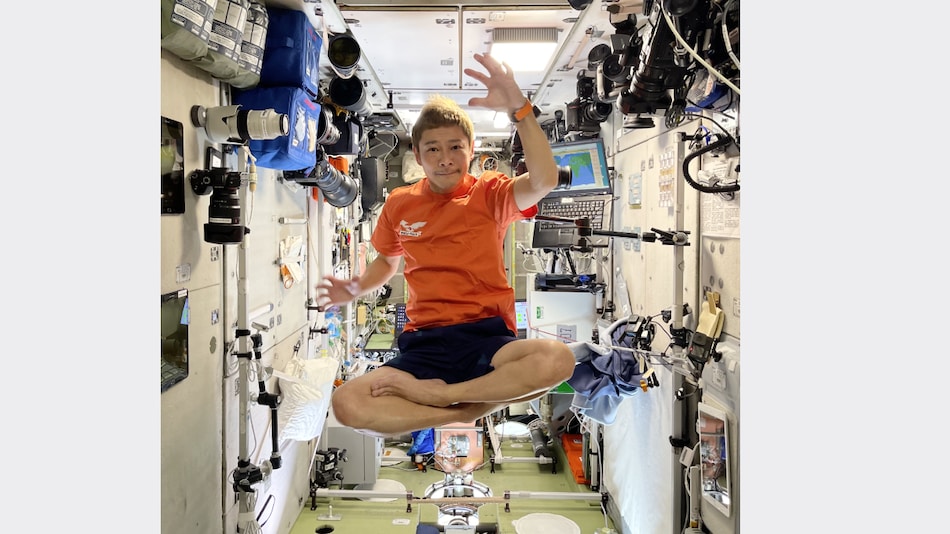 “Here is what I really wanted say. My first tweet from space,” said the post following one with a photo

“Space now,” was what Japanese billionaire Yusaku Maezawa wanted to tweet for years. He finally really did it, from the International Space Station.

“The space market holds so much potential,” he said Friday at the Foreign Correspondents' Club in Tokyo, his first news conference in Japan after returning to earth before Christmas.

Maezawa, who heads a company called Start Today, is preparing to invest in various businesses which may develop from the ongoing research by NASA, the Japanese equivalent called JAXA and others. But he wants first to recover from his recent celestial adventure: returning to life with gravity has proved heavier than he'd expected, he said.

Merry Christmas!
It's been 5 days since I came back but my body still feels very heavy.
I'm loving this experience.
And I love Earth and Space.

Maezawa, 46, blasted off in a Russian Soyuz spacecraft along with a Russian cosmonaut December 8, becoming the first self-paying tourist to visit the station since 2009.

He returned to earth after spending 12 days at the orbiting outpost, where he took videos of himself clowning around in weightlessness, shaping water droplets into bubbles, and punting a golf ball drifting toward a flag in the spacecraft.

The clips, taken by astronaut Yozo Hirano, who accompanied Maezawa, have been posted on YouTube, drawing millions of views.

First upload from space.
【What MZ Wants to Tell You From Space】https://t.co/m8IJlvDjYX pic.twitter.com/wvNLYlPYNK

He tweeted “uchyu nau,” or “space now,” in the style Japanese often use on the popular social media to relay what they're up to, such as “partying now,” or “dinner now.”

“Here is what I really wanted say. My first tweet from space,” said the post following one with a photo of him wearing a T-shirt and shorts, floating cross-legged in a meditation pose.

He said he would like to tweet “moon now” next. He has booked an orbit around the moon aboard Tesla CEO Elon Musk's Starship, scheduled in the next few years, possibly as early as next year.

“I don't know when exactly I should tweet that,” he said, as he wouldn't be landing on the moon. “Maybe when we get to the back side of the moon.”

Maezawa has more than 11 million Twitter followers and has emerged as a flamboyant celebrity known for a free-wheeling managerial style that's rare in Japan's conformist, staid business world.

He ran an import CD business and played in a rock band before starting an online fashion business in 1998. Famous for dating movie stars, Maezawa has been both admired and ridiculed for his lavish purchases, including a Stradivarius violin and artworks by Jean-Michel Basquiat and Andy Warhol.

In 2019, Maezawa resigned as CEO of e-commerce company Zozo to devote his time to space travel, selling his business to Yahoo Japan. Forbes magazine estimates his wealth at $1.9 billion (roughly Rs. 14,120 crore).

How much Maezawa paid for his voyage has been the topic of much speculation and skepticism. Reports put the price tag at more than $80 million (roughly Rs. 595 crore). Maezawa declined again to disclose the cost.

But he said living in space has him appreciating the everyday more: the wind, the changing seasons, smells, and sushi.

Maezawa hopes that one day the world's leaders could make that same trip. Planet Earth is “100 times more beautiful” than any photo he had ever seen, he said, and so maybe they would also realize the importance of working together.