Air Quality in India Got Worse Since the Installation of Outdoor Air Purifiers: Here’s Why

Delhi residents were exposed to air that does not meet the National Ambient Air Quality Standards for more than half of 2020. 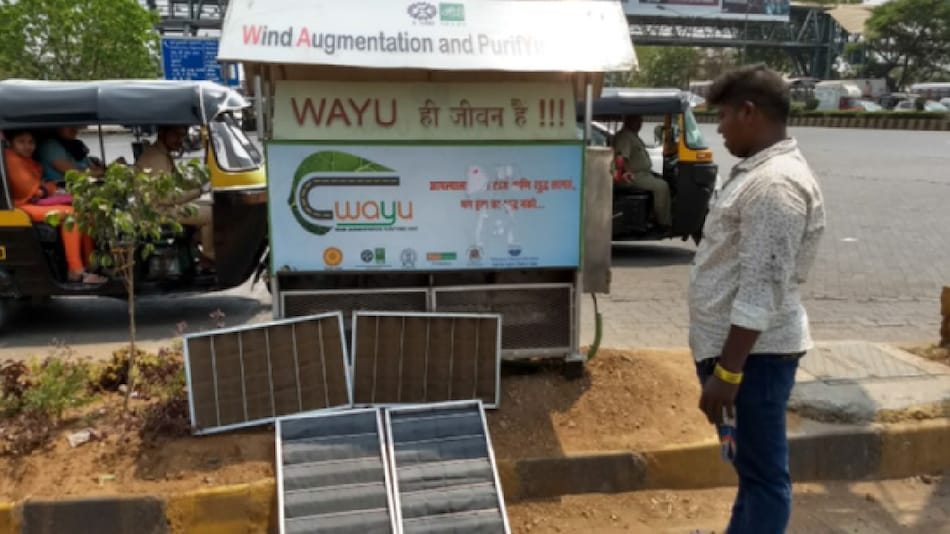 With Winter coming, air pollution in India is going to once again hit crisis levels soon. At the individual level we can wear masks and use air purifiers in our homes, but more broadly, cities and municipalities have also been installing outdoor air purifiers over several years now — but do these actually work? Have smog towers and outdoor air purifiers made an impact on the air quality in India? Despite the outdoor air purifiers and smog towers, the PM2.5 concentration in India air is currently 5.2 times above the WHO annual air quality guideline. The air quality in India is simply not getting better even after all the money and efforts spent to curb the air pollution problem in the country. We talked to a number of experts to try and understand why this is, and whether there are any better solutions possible.

Cities like Mumbai have been deploying Wind Augmentation Purifying Unit (WAYU) since 2015, in an effort to cut down the air pollution problem in India. Major Indian cities like Delhi and Bengaluru have also resorted to installing outdoor purifiers and smog towers along the city roads in an effort to curb pollution problems. Delhi got a new smog tower in Connaught Place in August this year.

Yet, India stood third in a list of top ten countries that had the worst air quality in 2020, coming only behind Bangladesh and Pakistan. According to research by the Council on Energy, Environment, and Water (CEEW) — a Delhi-based policy research institute — Delhi's air quality in winter 2020 was worse than winter 2019 despite the lockdown. The study also found out that Delhi residents were exposed to air that does not meet the National Ambient Air Quality Standards (60 µg/m3) for more than half of 2020 despite low economic activity levels for close to eight months (March to November) due to the pandemic-induced lockdown.

According to Tanushree Ganguly, an air quality researcher from CEEW, the air pollution that India is facing is an urban infrastructure problem. “If there is an unpaved road, it is bound to have more dust,” Ganguly said. “Vehicular pollution also results in air pollution. In winters, a significant amount of pollution also comes from biomass that people burn for their heating requirements.”

Are outdoor air purifiers a solution to air pollution problem?

WAYU devices, jointly developed by National Environmental Engineering Research Institute (NEERI), the Council of Scientific and Industrial Research (CSIR), and Indian Institute of Technology-Bombay (IIT-B) have been around since 2015. The Central Pollution Control Board had installed WAYU units across some major locations in Delhi in 2018.

“Its creators claim it can reduce pollution at busy traffic junctions by 40-60 percent," Dr. Prashant Gargava, member secretary of the Central Pollution Control Board, had said at the time of installation.

“The air pollution levels change depending on the time it was measured,” Ganguly said. “So when was it measured, in what area is the air quality being improved — is it just within ten metres of the air purifiers or within 500 metres of the air purifier — all these factors need to be considered to show that it is really making any impact. I have not come across any publicly available research or database which clearly says that WAYU devices have actually impacted air quality in the 500 metre radius.”

“There is a constant dynamism in the system and you are not just trying to address sources of pollution which are present at the moment; you are also trying to address the sources which are outside the city,” she added. “I'm not sure how these filters are able to cater to these varying dynamics outdoors. I think the idea is to have credible evidence on their impact before we go ahead and have them across the city.”

Vivel Chattopadhyay, Senior Programme Manager of the Clean Air Programme at the Centre for Science and Environment (CSE), a research and advocacy organisation based in Delhi said that apart from the installation costs, outdoor air purifiers come with several added costs.

This includes the cost of maintenance, cost of the filters which will have to be changed periodically, components like sensors which require periodic calibration, operational costs, manpower, the cost of the land which is being occupied by the air pollutants and more. These are not easy to solve problems, but the companies making these solutions are also aware of them and working on solutions.

How can we really solve the air pollution problem?

CEEW had suggested in their research that Delhi needs a dedicated air quality forecasting cell to facilitate the rollout of preventive measures. “If we have the forecast for the next 72 hours, we can clearly see the contribution ratio to the pollution — for example, urban dust at night is the highest,” said Ganguly. “Perhaps, this is due to the trucks at night. The government can take measures to cut out the activities which they really can through forecasting — it's very difficult to execute these activities due to the significant economic repercussions.”

“Wherever in the world where pollution reduction has happened in a big manner, the solution has been cleaner fuel and technology working to controlling pollution from the sources, better assessment and study of where the pollution is coming from,” said Chattopadhyay.

Chattopadhyay added that the amount of money that is being spent on outdoor air purifiers can be used to cut down the emission from the sources. “The same amount of money can be spent to buy electric buses, you can have waste collection and segregation centres. That will eliminate the source of the problems. That will give us better long term gains. Outdoor air purifiers are really futile efforts. Government is letting the pollution be released from the source. The emissions are taking place from industry, from vehicles, and multiple sources. Cutting down from the source will have a wider implication in terms of exposure too,” added Chattopadhyay.

Ganguly also suggested that the transit infrastructure, including waste collection, waste transport, and waste management infrastructure need to be improved. “In winters, a significant amount of pollution also comes from biomass that people burn for their heating requirements,” she noted. “The Delhi shelters are perhaps not able to cater to all the homeless people in Delhi. So I think it is also important how the government is planning on upgrading these existing shelters, so that at least their utilisation is better. At night, if these shelters can accommodate the homeless population, then their reliance on garbage or dry leaves for their heating requirements could be reduced.”

Chattopadhyay also added that tighter emission control norms must be in place. “Tighter emission control norms for power plants will lead to a reduction (in air pollution). The government has to put in the money into the right sources — cutting emissions from the sources and maintaining regulations. Smog towers are not a right policy decision. Such methods give a signal to the polluters that it is okay to pollute,” he said.

Krishna, of ATechTron, disagreed with the researchers' suggestions that forecasting and air quality monitoring is a better solution. He suggested that strategically placing outdoor air purifiers within a distance of two-three kilometres to each other throughout the city will surely lead to a reduction in air pollution.

I asked Ganguly if this was the case, but she remained unconvinced. “Let's not call it a solution before we know for sure it is one,” she said. “Once the entire range of measures has been taken and if we still don't see any significant impact, then perhaps this could be looked at as a solution. But this cannot precede all the other solutions. As a researcher, that is what I have an issue with.”