Nose Job: Smells Are the Last Frontier for Smart Sensors 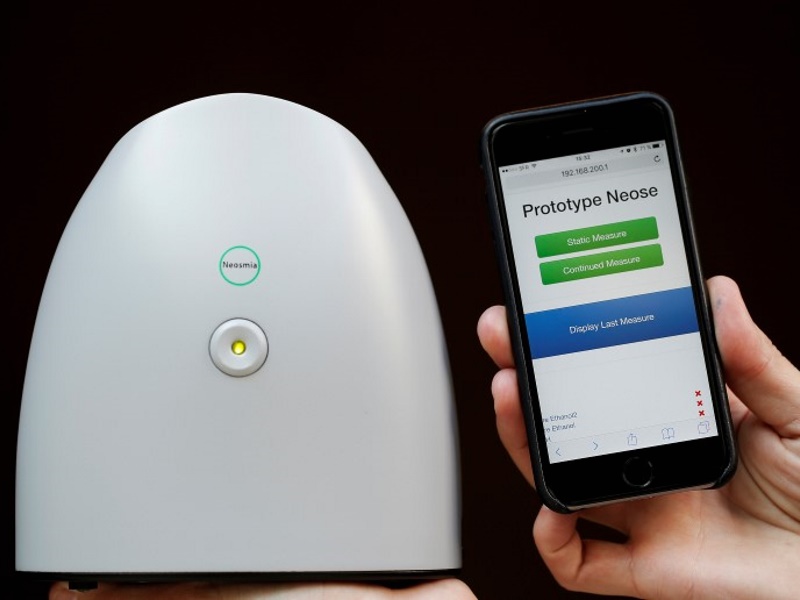 Phones or watches may be smart enough to detect sound, light, motion, touch, direction, acceleration and even the weather, but they can't smell.

That's created a technology bottleneck that companies have spent more than a decade trying to fill. Most have failed.

Imagine, he says, being able to analyse what someone has eaten or drunk based on the chemicals they emit; detect disease early via an app; or smell the fear in a potential terrorist. "Smell," he says, "is an important piece" of the puzzle.

It's not through lack of trying. Aborted projects and failed companies litter the aroma-sensing landscape. But that's not stopping newcomers from trying.

Like Tristan Rousselle's Grenoble-based Aryballe Technologies, which recently showed off a prototype of NeOse, a hand-held device he says will initially detect up to 50 common odours. "It's a risky project. There are simpler things to do in life," he says candidly.

Mass, not energy
The problem, says David Edwards, a chemical engineer at Harvard University, is that unlike light and sound, scent is not energy, but mass. "It's a very different kind of signal," he says.

That means each smell requires a different kind of sensor, making devices bulky and limited in what they can do. The aroma of coffee, for example, consists of more than 600 components.

France's Alpha MOS was first to build electronic noses for limited industrial use, but its foray into developing a smaller model that would do more has run aground. Within a year of unveiling a prototype for a device that would allow smartphones to detect and analyse smells, the website of its US-based arm Boyd Sense has gone dark. Neither company responded to emails requesting comment.

The website of Adamant Technologies, which in 2013 promised a device that would wirelessly connect to smartphones and measure a user's health from their breath, has also gone quiet. Its founder didn't respond to emails seeking comment.

For now, startups focus on narrower goals or on industries that don't care about portability. 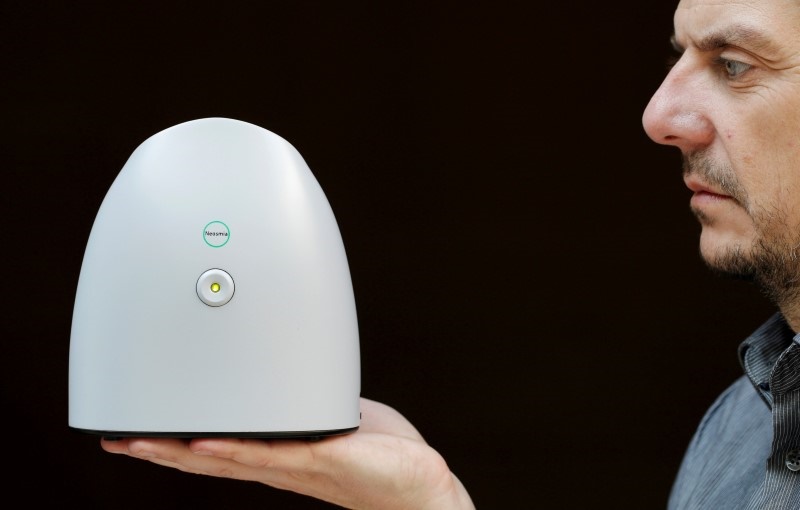 California-based Aromyx, for example, is working with major food companies to help them capture a digital profile for every odour, using its EssenceChip. Wave some food across the device and it captures a digital signature that can be manipulated as if it were a sound or image file.

But, despite its name, this is not being done on silicon, says CEO Chris Hanson. Nor is the device something you could carry or wear. "Mobile and wearable are a decade away at least," he says.

Partly, the problem is that we still don't understand well how humans and animals detect and interpret smells. The Nobel prize for understanding the principles of olfaction, or smell, was awarded only 12 years ago.

"The biology of olfaction is still a frontier of science, very connected to the frontier of neuroscience," says Edwards, the Harvard chemical engineer.

Snodgrass is funding a startup called Tzoa, a wearable that measures air quality. He says interest in this from polluted China is particularly strong. Another, Nima, raised $9 million (roughly Rs. 90 crores) last month to build devices that can test food for proteins and substances, including gluten, peanuts and milk. Its first product will be available shortly, the company says. For now, mobile phones are more likely to deliver smells than detect them. Edwards' Vapor Communications, for example, in April launched Cyrano, a tub-sized cylinder that users can direct to emit scents from a mobile app - in the same way iTunes or Spotify directs a speaker to emit sounds.

There may be scepticism - history and cinemas are littered with the residue of failed attempts to introduce smell into our lives going back to the 1930s - but companies sniff a revival.

Dutch group Philips filed a recent patent for a device that would influence, or prime, users' behaviour by stimulating their senses, including through smell. Nike filed something similar, pumping scents through a user's headphones or glasses to improve performance.

Samsung Electronics was recently awarded a patent for an olfactory sensor that could be incorporated into any device, from a smartphone to an electronic tattoo.

One day these devices will be commonplace, says Avery Gilbert, an expert on scent and author of a book on the science behind it, gradually embedding specialised applications into our lives.

"I don't think you're going to solve it all at once," he says.