NASA Searches the Stars, but Can't Keep Track of All Its Earthly Goods 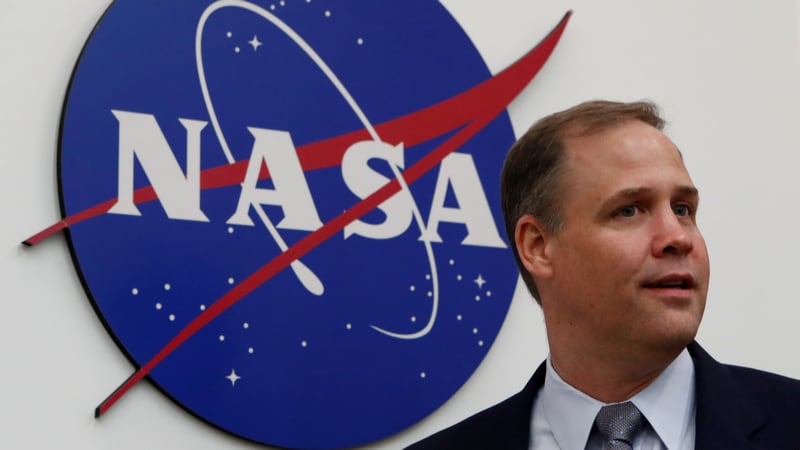 NASA is a special place.

It sends astronauts into space with remarkable precision.

It boosts our knowledge of the universe with amazing pictures and scientific exploration.

It regularly ranks at the top of surveys tracking federal employee engagement and morale.

So, why can't the agency that documents the stars and the planets keep better track of its earthly goods?

A new report from the agency's Office of Inspector General says despite decades of improvements "a significant amount of historic personal property has been lost, misplaced, or taken by former employees and contractors due to the Agency's lack of adequate procedures."

Consider the report's account of these items that floated away:

- In 2014, a lunar rover vehicle prototype was found in a Blountsville, Alabama, residential neighbourhood. The owner was willing to return it to NASA, but "after waiting more than 4 months for a decision from NASA, the individual sold the rover to a scrap yard. NASA officials subsequently offered to buy the rover, but the scrap yard owner refused and, realising the historical value of the rover, sold the vehicle at auction for an undisclosed sum." NASA and the inspector general had no information on how the rover got away to begin with.

- "Poor recordkeeping contributed to NASA losing possession of an Apollo 11 lunar collection bag that contained lunar dust particles." Authorities retrieved the bag in 2013, and the US Marshals Service sold it to a private citizen in 2015 for $995 (roughly Rs. 74,000). After one arm of the government sold the moon bag, another arm, NASA, sued to get the bag back but lost. In July 2017, the bag was auctioned for $1.8 million.

- The inspector general's office learned an "Omega Speedmaster Professional watch - a model NASA selected to use in space during Space Shuttle missions - was being auctioned in London, in December 2014. Because of NASA's poor recordkeeping, it was not clear if this watch was actually flown during a Space Shuttle mission; however, the watch was in the possession of German astronaut Reinhard Furrer at the time of his death." The government paid $2,300 for the watch and sent it to the Smithsonian for exhibition.

- A NASA supervisor told an employee to throw away three Apollo 11 hand controllers, like video game joysticks, in 1985. Instead, the employee took the controllers home, and years later, sold them to a space memorabilia collector. NASA, belatedly, tried to get the controllers back so they could be displayed at the Smithsonian National Air and Space Museum. "After 3 years, NASA discontinued its pursuit of the items."

- You can be the first in your crowd to own a piece of space memorabilia. Heritage Auctions is selling what it describes as "Neil Armstrong's Owned and Worn Early Flight Suit Directly From The Armstrong Family Collection." As of Tuesday afternoon, the bid for the one-piece, light blue cotton jumpsuit with an "embroidered NASA 'meatball' vector patch at the left breast" was $11,000.

NASA's "failure to appropriately preserve or account" for its stuff, the report said, could lead to the loss of objects "with great historical value to NASA and the country." NASA, however, has shown "reluctance at times to assert an ownership claim over the items."

The reluctance is exacerbated by an "it's not my job" attitude.

When inspector general investigators questioned employees in two NASA offices that deal with historic items, "none of the employees from these and other offices we met with during the course of this audit said it was their responsibility to identify or manage NASA's heritage assets."

In another case, Kennedy Space Center staffers said they rely on the contractor who runs a concession at the visitors' facility to decide which items are heritage assets. The inspector general's report politely suggested that having a contractor do that is not a good idea.

Sometimes, NASA loans items to other organisations, but without a signed agreement or security plan. A NASA form outlines terms of loans, but borrowers do not have to sign the form, indicating agreement with the terms. That can lead to confusion.

In 2013, Kennedy loaned the University of Texas at El Paso items from the 2003 Columbia space shuttle explosion that killed seven astronauts. A form indicated the loan was to end in 2015, but university personnel told inspectors it was for an indefinite period. NASA "extended the duration of the loan based on verbal conversations with University personnel," the report said. NASA also hasn't required the university to annually inventory the artifacts.

NASA agreed with most of the inspector general's recommendations, including development of a more effective process to identify and manage historic property. NASA would not comment further on the substance of the report to the Federal Insider, ignoring a question on why procedures were so lax to begin with.

If NASA's sloppiness continues, the inspector general had a warning:

"Until NASA improves its processes, the Agency's approach to recovering significant items from its past will continue in a haphazard, inefficient, and ultimately unsuccessful manner."