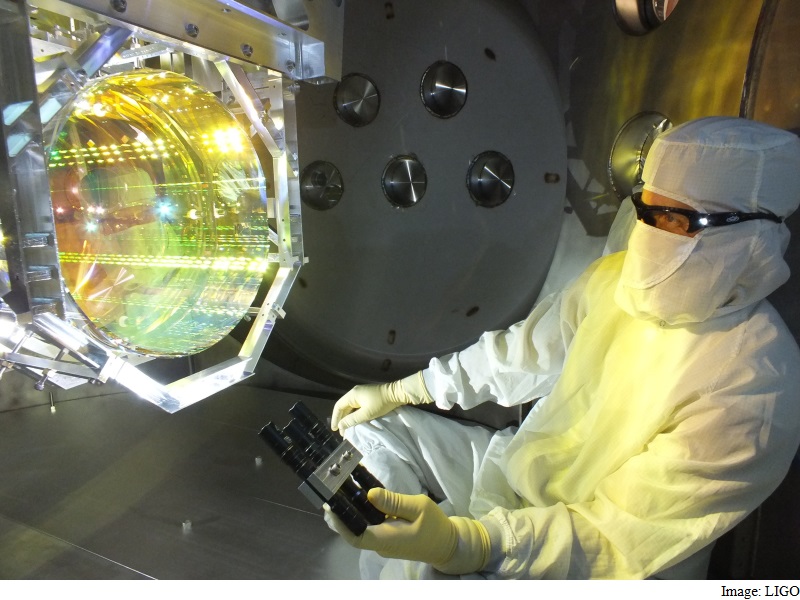 According to the agreement, signed during the course of Prime Minister Narendra Modi's visit in the US for the Nuclear Security Summit, India will have a new Laser Interferometer Gravitational-Wave Observatory (LIGO).

LIGO shot to fame earlier this year after its scientists proved the gravitational waves theory of Einstein.

In February this year, scientists observed ripples in the fabric of space-time called gravitational waves, arriving at the earth from a cataclysmic event in the distant universe.

"This confirms a major prediction of Albert Einstein's 1915 general theory of relativity and opens an unprecedented new window onto the cosmos," the LIGO website states.

Gravitational waves carry information about their dramatic origins and about the nature of gravity that cannot otherwise be obtained.

Physicists have concluded that the detected gravitational waves were produced during the final fraction of a second of the merger of two black holes to produce a single, more massive spinning black hole.

This collision of two black holes had been predicted but never observed.

"Hope to move forward to make even bigger contribution with an advanced gravitational wave detector in the country," he added.

"What was significant about this project was that now India has agreed to be a part of this project," Swarup said in the briefing here on Thursday.

"The possibility is likely to be central to this project partly on account of geography favouring us."

The Indian cabinet has approved Rs. 12,000 crores for the project.

The spokesman said that NSF's Francis Cordova said that India would become central to the LIGO project.

"The prime minister of course not only looks at the LIGO project as a very great example of India-US scientific collaboration but also as a project which has the potential of generating curiosity among a lot of very young minds and of creating a whole new generation of young scientists who will get enthused through the remarkable breakthroughs in science," Swarup said.

Along with meeting the scientists behind the breakthrough of the gravitational waves theory, Modi also interacted with Indian-origin scientists associated with it.

Prime Minister Modi arrived in Washington on the second leg of his three-nation tour on Wednesday night from Brussels where he attended the 13th India-European Union (EU) Summit and held a bilateral meeting with Belgian Prime Minister Charles Michel.