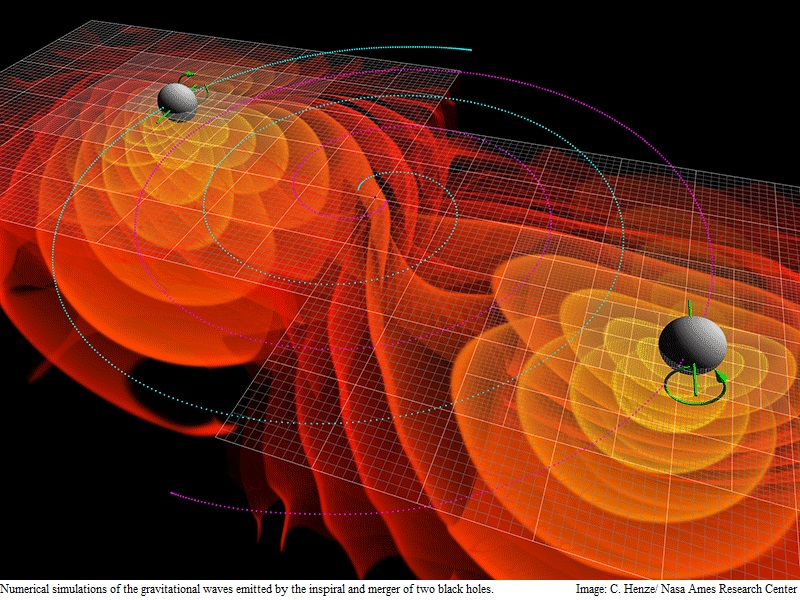 When Albert Einstein forged the bedrock theory of modern physics 100 years ago, he had no computer, no Internet, no printer - ballpoint pens and pocket calculators did not exist and few homes had telephones.

Yet it took one of the most sophisticated science tools ever built, at a cost of hundreds of millions of dollars, to prove an idea the scientist had crafted with little more than paper, a fountain pen, hard work and a mind sharper than most.

On Thursday, physicists announced they had detected gravitational waves - hitherto a key unproven element of Einstein's general theory of relativity.

(Also see: What Are Gravitational Waves, and Why Should You Care?)

The thesis was published 100 years ago this year, when the world was a very different place, inhabited by a man way ahead of his time.

Radios had been invented, but not yet entered people's homes.

The first transcontinental telephone call was made in 1915, from New York City to San Francisco, as was the first transatlantic call between Arlington, Virginia and Paris, France.

Electric refrigerators were not yet a thing, and motorcars shared the road with horse-drawn carriages.

The Eiffel Tower was the tallest building in the world.

In maths, the height of calculating power was the "comptometer" - a clunky mechanical adding machine that predated the electronic calculator.

In physics, there were already interferometers, but they bore little resemblance to the Laser Interferometer Gravitational-wave Observatory (LIGO) credited with spotting Einstein's waves.

At the time, rudimentary interferometers were used to search for "aether", a medium theorised, wrongly, to transmit light like air transmits sound.

10 billion times
"The technology that was available at that time was something like 10 billion times less sensitive than what it is today," Cardiff University gravitational physics professor B Sathyaprakash told AFP.

Even if they had been more powerful, it was unlikely anyone would have thought of using them to detect gravitational waves.

"It was only about 50 years after Einstein first proposed (his theory) that we had some understanding of what gravitational waves were," said Sathyaprakash.

"In fact, after working out his initial solution, even Einstein had a hard time believing gravitational waves are real..."

The quest to detect them started in earnest when American physicist Joseph Weber built the first aluminium cylinder-based detectors in the 1960s.

This was followed over subsequent decades by telescopes, satellites, and more recently laser beams - all searching for proof of one man's idea.

Einstein's genius, experts say, was probably unrelated to the time he lived in or the technology at hand.

"The elegance of Einstein's theory of gravity does not rely on computational power, but rather on the elegance of its principles," said David Cerdeno of Durham University's Institute for Particle Physics Phenomenology.

No computer strong enough
Added Sathyaprakash: "Computers are good at crunching numbers, they are not very good at analytical calculations... imagining things in a way that nobody else could do...

"(Einstein) did what are called 'thought experiments'. He was very good at doing it. He would think about a situation, and then try to see what the consequence of that will be if the theory goes in one particular direction... or another."

Just 20 years ago, said Sathyaprakash, there was no computer powerful enough to solve the equations that emerged from Einstein's musings.

A photograph of the physicist's desk, said to have been taken after his death in 1955, presents an image very far removed from shooting laser beams at high-tech physics labs.

The workspace of the man who solved the mysteries of nuclear power, gravity and the speed of light sported no typewriter, no telephone, no radio - no electronic gadget whatsoever.

His desk was covered in books and papers, with a tobacco tin and a pipe, and a large black board against the wall, covered in white chalk equations.

"Not everything can be solved with a computer," said Sathyaprakash.

"He had to do analytical calculations with pencil and paper, and those things took a long time."

You Can Now Play Over 1,000 Windows 3.1 Games in Your Browser
Soon, You Could Charge Your Smartphone by Walking