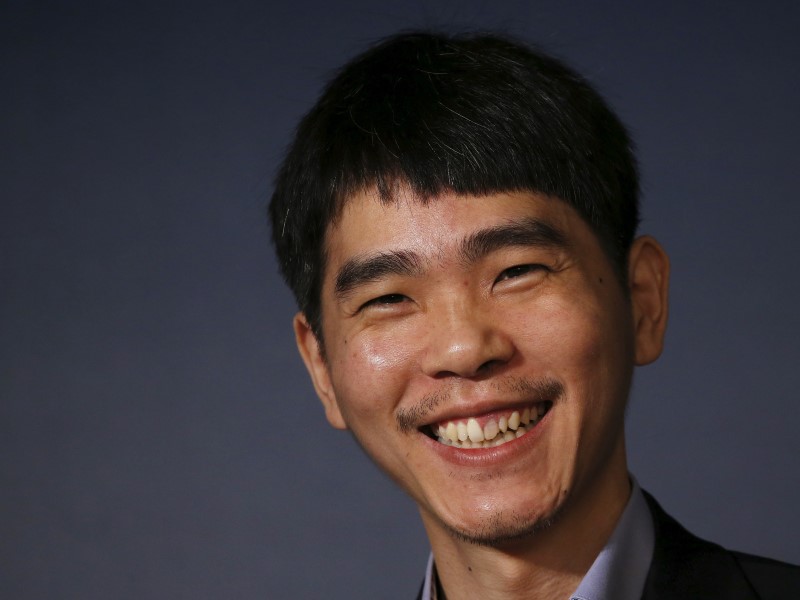 With 18 international titles under his belt after a decade of dominance in his chosen field, it seems a little unfair that South Korean Go grandmaster Lee Sedol has finally achieved global recognition in defeat.

Prior to his world headline-grabbing showdown with the Google-developed supercomputer AlphaGo, the 33-year-old's celebrity status was largely restricted to Northeast Asia.

Elsewhere, it was only among the small community of Go fans and other players of the arcane board game, which originated in China 3,000 years ago, that his name was really recognised.

That all changed last week, when Lee sat down for a five-match, one-on-one battle with a computer programme boasting what its creators said was a new form of "intuitive" artificial intelligence (AI).

With a confidence born of his status as one of the greatest Go players of the modern era, Lee had predicted a landslide in his favour, but could only watch horrified as AlphaGo quickly stormed to an unassailable 3-0 lead.

(Also see:  Rise of the Machines: Keep an Eye on AI, Say Experts)

His humiliation was broadcast to the world as the global media hailed the rise of a new AI capable of the "human-like" creative thought needed to prevail at a complex game like Go.

Although Lee fought back with a win in game four, he lost the final match for a 4-1 series defeat that clearly dented his pride.

'So ashamed'
"I feel so ashamed as a professional," Lee told a journalist from the South Korean JoongAng newspaper, who tagged along with the player and his brother for a drinking session after game five.

"I was emotionally affected by the fact that my opponent was a machine. I should have got over it, but I just wasn't capable.

"AlphaGo plays very well but is not on a level of, like, a God of Go," he said.

"As a pro player I don't want to do a match like that again. It's simply too hard," he added.

Born on a remote island off the southwest coast, he started playing Go aged five and was quickly identified as a prodigy who turned pro just seven years later.

But the stress of tough training got to him and the then 13-year-old suffered from temporary aphasia, which left his bronchial tubes permanently damaged.

It also left his voice, once it recovered, high-pitched and shrill - something the deeply traumatised Lee later acknowledged had made him reluctant to speak in public for years.

But that reticence did not extend to evaluations of his own talent.

"I am the best ... when it comes to playing skills, I am behind no one," he once said when asked who the best player in the world was.

"I want to remain a living legend. I want to be the first person people associate with Go. I want my games to remain pieces of art," he told another interviewer in 2013.

Rebel streak
At one point he boycotted competitions for months in protest at what he said were unfair rules - a rare act of rebellion against the game's conservative elders.

And he was often heard mocking rivals with barbed comments aimed at undermining their confidence.

But in AlphaGo he met an opponent he could not intimidate and instead it was Lee who seemed to buckle under the pressure and the media spotlight.

(Also see:  All About Go, the Ancient Game in Which AI Bested a Master)

Lee might have lost the tournament, but his fightback won him many new admirers.

During the challenge series, his name became the most widely searched item among single young women on South Korea's largest news portal, Naver.

"I don't know anything about Go but Lee Sedol is charming. Especially the picture of him smiling after his first victory. My heart was sort of pounding," one besotted fan wrote on Twitter.

Lee has been married for 10 years and has a young daughter who was often seen sitting on his lap before the games.

"I understand many people outside East Asia may remember him as a loser, since they don't really know what a great player he's been for decades," said Seo Kon-Woo, a high-ranked Go professional who refereed the fourth game.

"AlphaGo stunned us with its tremendous performance and it certainly has a pro-level playing skill," said Seo, who still took comfort from Lee's sole victory.

"The future of Go might have looked a bit bleak if Lee was defeated 5-0. But he pulled off a dramatic win, showing humans still have lots of room to improve and evolve in the face of daunting challenges," he said.