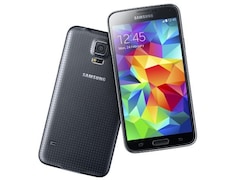 Car manufacturers rely on periodic cosmetic refreshes and price cuts to keep customers interested as new completion enters the market. You might see a new grille, or some minor change to the moulded plastic bits. A few accessories that used to be optional extras might come preinstalled, and the upholstery might be a little more premium. Other than that, it's essentially the same model.

As far as the cameras are concerned, the Samsung Galaxy S5 on the rear packs a 16-megapixel camera with an f/2.2 aperture and a pixel size of 1.12-micron. The rear camera setup has phase detection autofocus. It sports a 2-megapixel camera on the front for selfies, with an f/2.4 aperture.