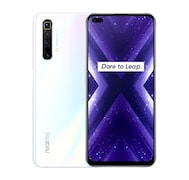 Realme X3 SuperZoom smartphone has been launched in Europe and the phone is available for pre-booking via Realme Europe site. The phone also packs a periscope camera that supports 60X "superzoom." Here are the full specifications of the phone.