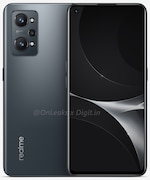 Realme GT Neo 2 specifications have been teased on Weibo ahead of the official launch that is scheduled for September 22. The new Realme phone is confirmed to come with a Qualcomm Snapdragon 778G SoC and a 5,000mAh battery. The latter is 500mAh bigger in capacity over the 4,500mAh battery available on the Realme GT Neo.

Realme GT Neo 2 is based on Android 11 and packs 128GB of inbuilt storage.

Need some help?
Realme service center near you
Price List