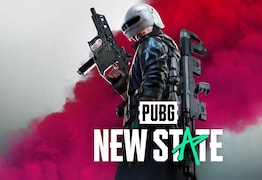 PUBG is a name that is quite familiar with almost everyone now, not just India's youngsters. The mobile version of the game has grown to massive popularity since it came out in 2018, a year after the official release of the PUBG PC version. But after PUBG was banned in India players had to look for different games — though the craze for one of the most popular battle royale games on mobile never died. Earlier this year, Krafton curated a special edition for Indian mobile gamers, Battlegrounds Mobile India, also known as BGMI.