The director of Guilty and the quartet of Ladies Up tell us how streaming is changing things. 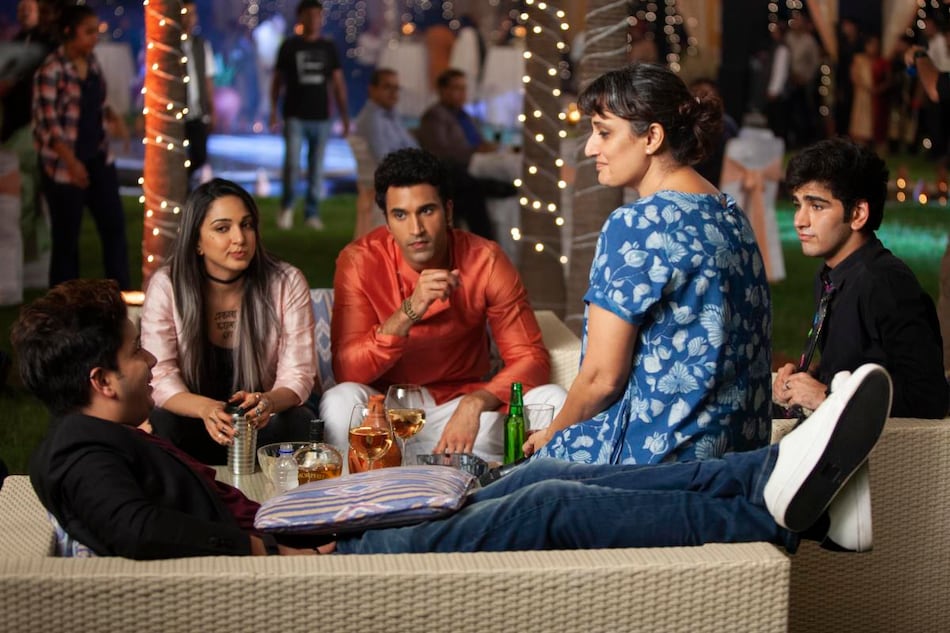 (second from right) Ruchi Narain on the sets of Guilty

Guilty — Netflix's flawed yet timely #MeToo movie, with Kiara Advani in the lead — is just the second directorial feature, minus an animated kids' movie, in the span of a decade and a half for Ruchi Narain. And it's not for a lack of trying, as Narain tells host Akhil Arora on this special episode of Orbital. After scripting the 2003 political drama Hazaaron Khwaishein Aisi and directing the 2005 mystery thriller drama Kal: Yesterday and Tomorrow, Narain pitched a script to Karan Johar, who she claims she's loved it. But things went haywire after. Here's why, in her words:

(You can hear this excerpt at the 7:20 mark in the podcast below.)

“When we started the casting process, it was so difficult because it was a male protagonist. And though all the boys loved the script and of course everyone wants to work with Dharma and Karan, they were just dilly-dallying and being wishy-washy, stuff like that. And we just couldn't figure out what was going on. And I think after like basically all of them had said no, Karan told me, ‘Honestly, this has never happened to me and I don't understand what's happening. Because you've done work. […] There's no valid reason for them to say no, because all the boxes are ticked. I've a suspicion: they don't want to work with you because you're a woman.'”

Being a woman in the entertainment industry is as annoying, if not more so, for comedians, who have to put up with double standards from audiences. The four Indian women involved in Ladies Up — Netflix's upcoming four-episode stand-up comedy series — in Kaneez Surka, Niveditha Prakasam, Supriya Joshi, and Prashasti Singh, have successfully combated that. Surka is one of India's best with improv comedy, Prakasam was the winner of TLC's Queens of Comedy, while Joshi and Singh have both taken part in the Amazon reality competition series Comicstaan.

On this podcast, the four Ladies Up women talk about the state of stand-up comedy on Indian TV, and how it's different on streaming services like Netflix versus free platforms such as YouTube. They also touch upon the diversity of voices online. As for Guilty writer-director Narain, she discusses the advantages of Netflix as a platform and creative partner, how she ended upon the idea of Guilty, and why she wanted to make the movie.

That's all for this week's episode of Orbital, which you can subscribe to via Apple Podcasts or RSS. You can also download the episode or just hit the play button below.