The Internet of Things is everywhere now - in theory. We've been hearing about how IoT is taking over the world - and in some ways, that's true, but in the consumer space, we're far from seeing IoT products becoming the norm.

The smart home is one of the most talked-about visions of the future - where your air conditioner turns itself on as you’re parking your car, and your front door unlocks as you walk up to it. The catch is that actually doing this is pretty expensive.

That's where Oakter, a Noida-based company, comes into the picture. It has developed a simple hub to control its Leaf smart plugs - adaptors that go into the wall socket. Instead of plugging your device directly into the wall, you plug it into the Leaf, which can then be used to control the power to your gadget.

This allows you to add a little bit of smarts to any device in your house - whether it's your TV, geyser, or air conditioner. Although this doesn't enable controls to the extent of setting the temperature of your air conditioning, or activating a smart lock, it can help you switch your lights and appliances on and off according to a schedule, or remotely. For example, you could switch on the hot water only when it's necessary, helping you save money, and making your life a little more convenient.

What's in the box?
You can get started for as little as Rs. 2,800, which is what the Oakter Hub and one 6amp Leaf plug would cost. The Oakter Basic Smart Home Kit, which we used, costs a little more, coming in at Rs. 4,750. With this, you get the hub, the 6amp Leaf plug, and a 16amp Leaf plug for bigger devices. The full Smart Home Kit will set you back by Rs. 10,000, and it includes all of the above, and a 25amp air conditioner smart box that has to be wired in by an electrician, and also a wireless remote that can manually control all the devices that are paired with the hub. 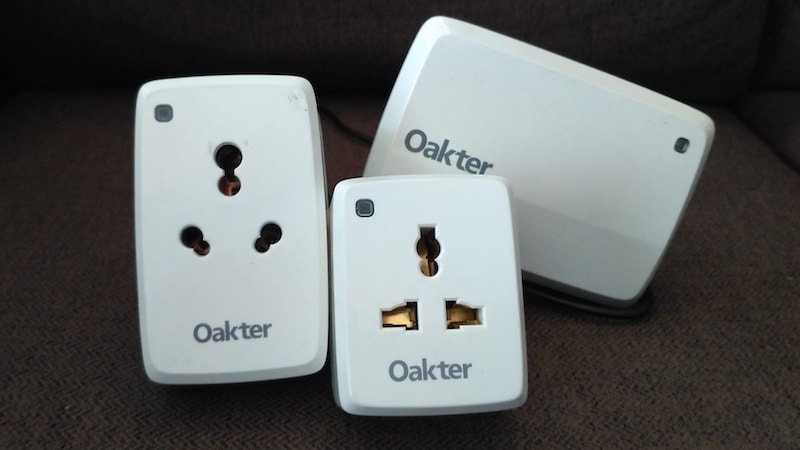 The hub is the key to all this, and the company says you can control up to 50 devices with one hub. You'll need to buy more smart plugs to do so, of course - a 6amp Leaf plug by itself is sold at Rs. 1,350. The included hub is the Wi-Fi model, although Oakter also sells a 3G model with a data subscription, which you can buy directly from the company for Rs. 2,450.

Oakter also sells a smart lock, but it's fairly expensive, and needs to be installed by a carpenter, and then wired by an electrician - a simpler alternative would be to go with something like the Noke instead.

Design
The Oakter Leaf plugs are big and boxy. It wasn’t possible to use them in some places because of how much space they occupy, but by shifting a few things around we were able to get them up and running where they were needed. Still, if you're looking for sleek, premium devices, these are not for you.

This is true for the hub as well - it's a boxy piece of plastic that doesn't look so bad, but it's designed a bit oddly. There's a groove in the back through which its power cable is supposed to pass, but it still juts out a little from the bottom, making the whole unit unstable. It's a minor thing, but could very easily have been avoided, either by having a different cable jack, or just by designing the plug point slightly higher on the body of the device.

That said, the hub is small, and the Leaf plugs themselves will rarely be in places where you're forced to look at them, so these issues are a little moot.

How we tested
To see how useful the Oakter Basic Smart Home Kit is, we tried to come up with different use cases where it would be helpful.

For example, we used one Leaf smart plug for a geyser and set it to switch on automatically at 7AM, and then switch off in an hour. That way, when we woke up at 7.30AM, there was hot water ready to go, with no time or effort required - and the geyser wasn’t left on for too long, which avoided wastage. Having remote access was helpful too - if you decide to take a quick shower in the evening after work, you don't need to get home and wait for the geyser to heat up - just flip the switch on your phone when you're en route. 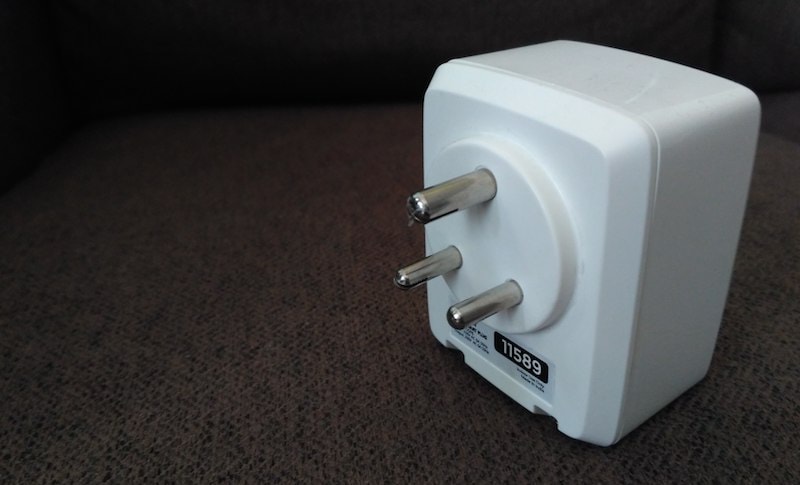 We used the second plug to control our home entertainment system. The smart plug passed power to an extension cord, through which a TV, set-top box, Fire TV, and a Wi-Fi router were all connected. The Oakter hub was connected to different router which is on all the time. Earlier, we'd turn this switch off in the night, or when going out, and the Oakter setup helped make this easy.

We set the plug to come on on at 9am, and go off again at midnight. As an added bonus, on days when we forgot to turn the entire system off when leaving home, were were able to do so remotely thanks to the Oakter smart plug.

Performance
The hub is very simple to set up - you just download the Oakter app (it's available for both Android and iOS) and then follow the straightforward on-screen instructions to get started. The whole process took less than a minute, and the app is very simple and easy to understand.

If you're looking for sleek, premium devices, these are not for you

When you launch the Android app, there's a menu button on the top left, the Wi-Fi button on the top right (to connect to a network, or change networks later), and below them, there are big, clear buttons that show you the names of the connected plugs. You can rename these, and even take photos to display alongside them - that way, you could have multiple plugs of the same type, but with a quick glance at the name and photo, you can easily tell which appliance you're managing.

Tap the button on the side of the name to toggle each plug on or off, or tap on the name to set up its timings. You can set specific times to turn each plug on and off, and if you want, you can also set a delay so that they turn off after a certain amount of time.

In case there's a power cut, the plug remembers its last state. This means that you can still use your wall socket’s physical switch - turn it back on, and the smart plug will remember that it's supposed to be on.

Once your phone is paired with the hub, it doesn't have to be on the same Wi-Fi network. You can control your plugs even on the go.

This gives you a lot of flexibility in how to use the Oakter smart plugs, but what's missing here is integrations. Today, many smart home products support services such as IFTTT - this helps them to be a lot smarter than they would otherwise be.

For example, you could set up IFTTT to control air conditioning based on the weather outside - or use your phone to trigger a geofence, and operate lights accordingly. With Oakter's app, you're limited to just time as a trigger. The company is working on adding more functionality, and releasing an API, which would help make its products even more useful, but as of now they are rather limited. 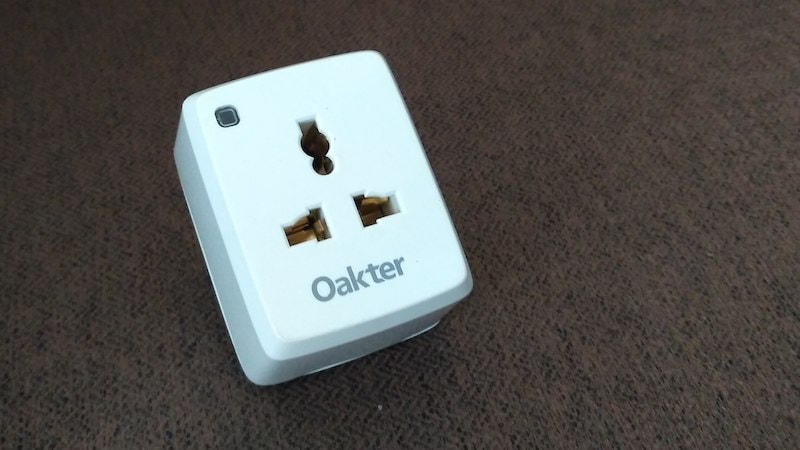 Verdict
The Oakter Smart Home Kit is not the greatest looking set of products, and it doesn't have the most full-featured software we've seen either. It's got one basic use, and it does a very good job of that, but it's up to you to come up with ways in which to integrate the smart plugs into your home and make your life better.

All in all, using the Oakter Basic Smart Home Kit for a week, it's easy to see how handy something like this can be. The app is simple, and intuitive. You can see at a glance the status of your plugs, and their settings. There are notifications as well, so you're always aware of what's happening with your devices.

However, getting remote control over two devices for around Rs. 5,000 still feels steep - and if you really want to automate your home, you're going to need to spend a fair bit more to get everything up and running. Nonetheless, there's no denying that Oakter has come up with a clever solution which means you don't need to replace your older devices. Hopefully, pricing will drop over time, while functionality improves, but if you want an early preview of what living in the future could be like, then you really have to check this out.