No, You Are Not Saving the Environment by Driving a Tesla

Tesla, considered by many to be the Apple of the car industry, announced its "affordable" Model 3 vehicle on Friday, and the entire Internet lost its collective mind. The car is also going to be sold in India, and many people in India have written articles overflowing with excitement too.

There is no denying that the Tesla Model 3 is an engineering marvel with stellar safety features. The futuristic vehicle can go from 0-60mph (approximately 0-100kmph) in six seconds. The car does it all, without sipping a single drop of fossil fuels. That's undoubtedly impressive. It is promising how such car can drive us away from the crude oil dependency. Little wonder then that Tesla cars are seen as the most promising alternative to conventional automobiles. The problem kicks in when people start hailing electric cars as God's gift for the environment. For instance, many Tesla supporter firmly believe that these cars are going to save us from the uncontrollable pollution and the depleting natural resources.

While it's a powerful notion, it's also a very naive one. Our country's Minister of Power Piyush Goyal earlier announced that India aims to become a 100 percent electric vehicle nation by 2030. It is cute how a nation with a perpetual shortage of electricity wants to power expensive cars. Instead of getting into politics though, we should also be asking how environmentally friendly this move really is.

Source of the electricity?
On the surface, Tesla cars are green because they don't emit poisonous gases. These cars run on electricity, so you are not involved in murdering the environment by using fossil fuels. The car is expensive, but you're paying the price for saving the nature, right? Well, it all sounds good, as long as you don't care where all this electricity comes from. As opposed to what Tesla supporters believe, electricity is not harvested from unicorns. In most countries including the US, majority of the electricity is generated by burning coal, natural gas, and other fossil fuels.

Here's the latest electricity source break-down in the US: 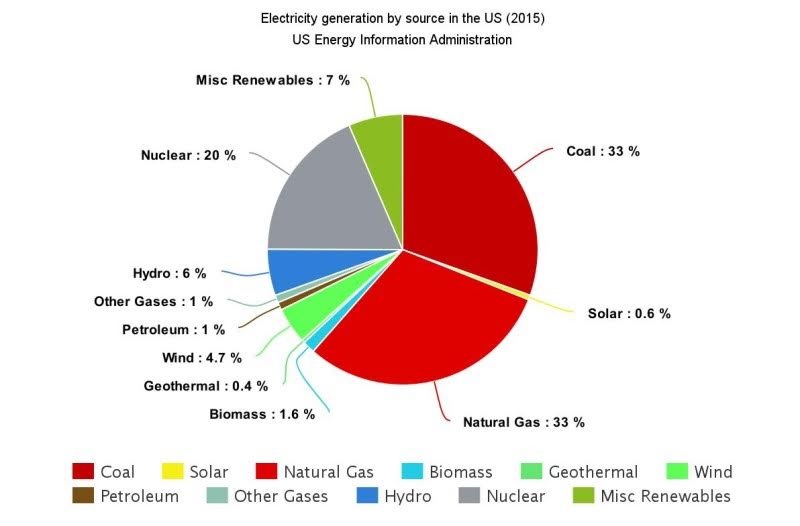 See the two big reds there? Those represent coal and natural gas.

Similarly, here's how the things look in India: 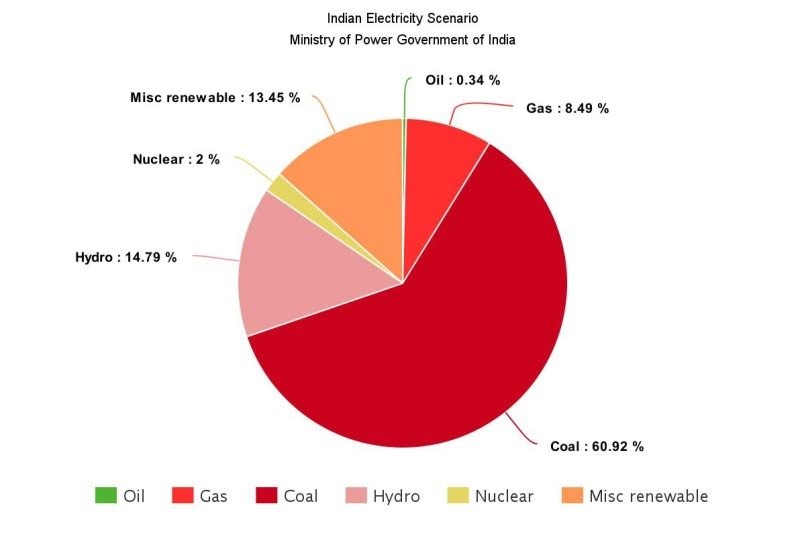 The huge red piece stands for the percentage of coal burned to produce the electricity. The lighter shade of red show our dependency on natural gas to produce the electricity. For now, the Tesla you drive is not going to save the environment. Even if you are charging your car at home from renewable energy, every time you use a public charging station, you draw power from the grid, and that means fossil fuels, as the chart above shows.

Efficiency?
So, unless you have installed solar panels or a wind turbine to recharge your Tesla, you are not saving the environment. In fact, as we all know, when energy is transformed from one form to another, or moved from one place to another, there is some energy loss. In this case, some energy is lost during the electricity generation as well as its distribution via wires. Again, there is a loss of energy when the electric energy is turned into kinetic energy to set the vehicle in motion.

Another thing worth mentioning is the vampire draw. Going by the Tesla user manual, the battery in the Tesla Model S discharges 1 percent every day. To put things in perspective, assume that your car holds around 100 litres of fuel (I know it doesn't, but let us keep the math simple) - even if nobody drives it for a month, 30 litres of petrol would disappear at this rate! Reviewers claim the actual drain to be 3 percent or higher.

So while the Tesla does not directly pollute through the burning of fossil fuels in the engine, it nonetheless contributes to pollution, and because energy is wasted getting to the car, and because it continues to waste even inside the car, the impact on the environment is far from utopic, and won't be until the power grid itself moves away from polluting methods.

Lithium-ion batteries
On its 'About Us' page Tesla Motors states: "By 2020, the gigafactory (battery plant) will produce more lithium ion cells than all of the world's combined output in 2013." While it may sound as if lithium-ion batteries are some sort of pancakes, many believe otherwise. Research carried out by American Government's Environment Protection Agency (EPA) suggests that the lithium batteries have the highest potential for environmental impacts. This includes global warming, resource depletion, ecological toxicity, and human health impact.

Another American organisation, National Bureau of Economic Research, last year concluded that electric cars may be worse for the environment than the conventional ones.

Chandrakant Isi has been covering all-things-tech for over 10 years. He is a sci-fi aficionado, wannabe space explorer, and Content Lead at MySmartPrice.com

No, You Are Not Saving the Environment by Driving a Tesla
Comment