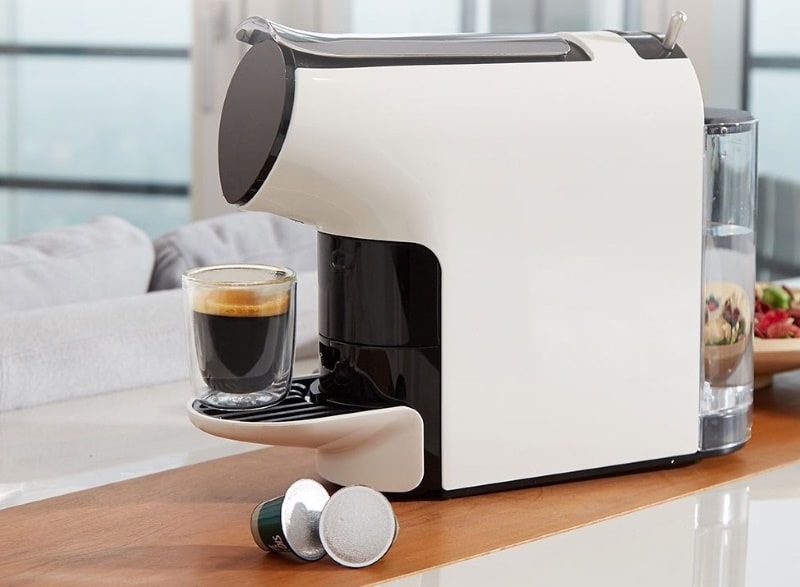 Xiaomi is a renowned mobile maker but it is also widely known for plethora of non-mobile products under its crowdfunded Mijia brand and Mi Ecosystem. Recently, it launched a slew of products including a Walkie-Talkie, Smart Camera, Car Recorder, etc, to name a few. Now, Xiaomi has unveiled a coffee-maker machine called 'Scishare Coffee Maker'. The Xiaomi Scishare Coffee Maker is priced at CNY 399 (roughly Rs. 3,900) with the first batch to start shipping from April 18 in China. Additionally, there will be 50 imported capsules given to participants of the crowdfunding programme.

There is hardly a product segment left that Xiaomi hasn't stepped into. Xiaomi already sells rice-cookers in the home appliance segment, and now it has come up with a coffee machine. The Scishare Coffee Maker is built by Ningbo Heart Technology Co. Ltd, and it measures 340x100x260mm. It houses a 19-bar electromagnetic pump that has a power rating of 1200W, is touted to prepare coffee in just a minute. For power efficiency, the coffee maker comes with automatic switch on/ off feature that shuts the machine after 15 minutes of inactivity.

It has some essential features like coffee flow control, power integration next to extraction button, LED lights that glow according to the direction of flow among others. For coffee extraction, the Xiaomi Scishare Coffee Maker uses European market mature coffee extraction technology where you can set 15-85ml between 8 scales of cup selection, along with a maximum 180ml free cup preset. The machine is also designed to process the coffee beans in different concentration amounts according to individual preferences. It is also compatible with support for a wide range of coffee capsules.