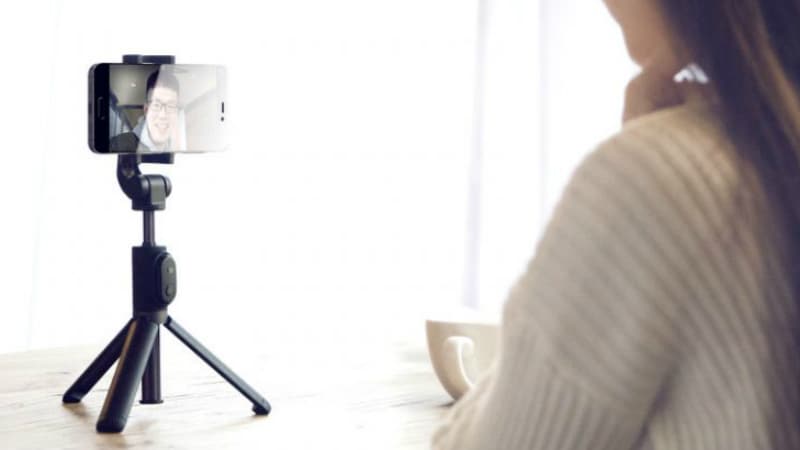 Xiaomi's product category is vast and ever growing. The company has introduced smart products in categories like LED lights, pressure cookers, and even water purifiers. The Chinese conglomerate even indulged in its own selfie stick launched last year. Ahead of MWC, Xiaomi has now launched its successor of sorts, which does much more than taking selfies. The Xiaomi Mi Selfie Stick Tripod essentially converts into a tripod when the need arises.

This 2-in-1 device, unveiled on Weibo, eliminates the need to carry a separate tripod for shooting purposes, and even allows users to take selfies from afar. It has detachable Bluetooth remote control that can be used if you want to click selfies from a distance. The Xiaomi Mi Selfie Stick Tripod has been launched in white and black colour variants, and folds into a compact stick for portability. Plus, it weighs just 155 grams.

The Mi Selfie Stick Tripod with its Bluetooth remote works with all devices running on Android 4.3 or later and iOS 5.0 or later. The mount can rotate 360 degrees, and hold phones with width 56mm to 89mm (sufficient for all large phones out there). The tripod is made of aluminium alloy, and the company claims it's sturdy for outdoor use.

It sports an 'anti-skid' design so it doesn't slip easily, but because it's so lightweight, we don't expect the tripod to do steady shooting in windy or rocky areas. The Mi Selfie Stick Tripod is essentially useful for indoor usage, particularly for hands-free video chatting and other basic shooting purposes.

In any case, the Xiaomi Selfie Stick Tripod has just launched in China for now, and is available on Mi.com for CNY 89 (roughly Rs. 900).