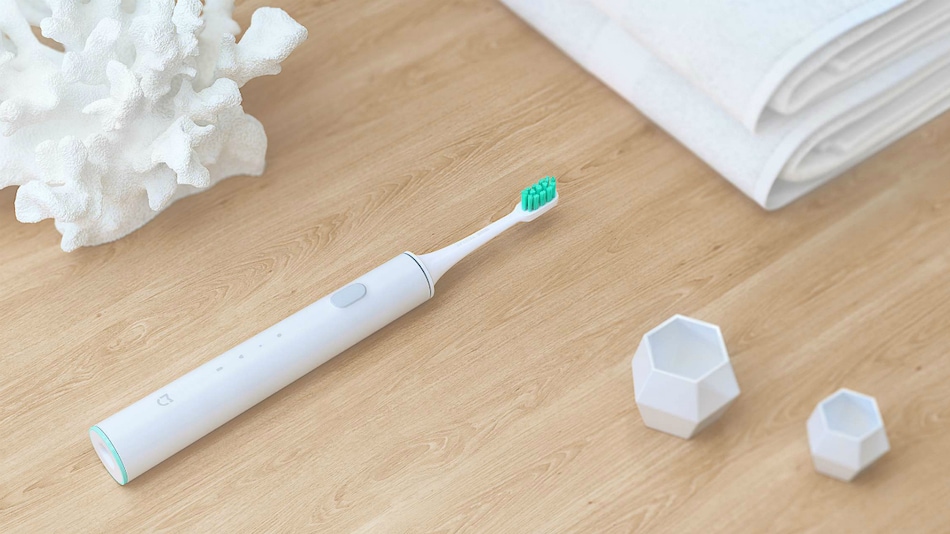 Xiaomi is set to launch its electric toothbrush in India on February 20, as revealed through a teaser posted on the company's social media accounts. The Chinese company launched the Mi Electric Toothbrush as its first dental care offering for global markets in 2018. The Mi Electric Toothbrush is touted to vibrate over 31,000 times per minute with a torque of over 230gf.cm. It also comes with multiple customisable brush modes and has a position detection technology to enable tracking and reporting.

The teaser posted by Xiaomi India on its Twitter account gives a glimpse at the electric toothbrush that is debuting in India on February 20. It could be none other than the Mi Electric Toothbrush that was launched in Spain with a price tag of EUR 29.99 (roughly Rs. 2,300) back in July 2018.

This will completely change the way you start your day. #YourPersonalDentist coming on 20th February. pic.twitter.com/5bP2H7Adle

The Mi Electric Toothbrush comes with a magnetic levitation sonic motor and has an anti-corrosion, metal-free brush head. The toothbrush comes with multiple customisable brush modes, including Standard and Gentle. Users can also connect the Mi Electric Toothbrush with a mobile app to adjust the brush time, brush strength, and various oral care functions on the basis of their diet and daily brushing habits.

Using Bluetooth connectivity, the Mi Electric Toothbrush pairs with a compatible smartphone to provide statistics such as duration, coverage, and uniformity through the dedicated app. The app also shares brushing reports on a daily, weekly, or monthly basis.

Xiaomi has provided a high-precision acceleration sensor on the Mi Electric Toothbrush that is claimed to sense brush position by monitoring six different zones in the mouth.

The built-in battery of the Mi Electric Toothbrush is rated to deliver 18 days of usage on a single charge. Also, the charging base of the toothbrush comes with a USB port that can be connected directly to various charging devices including power banks and computers. The toothbrush also comes with an IPX7 water resistance rating.

Moon Will 'Eclipse' Mars Today: Here's How to See It