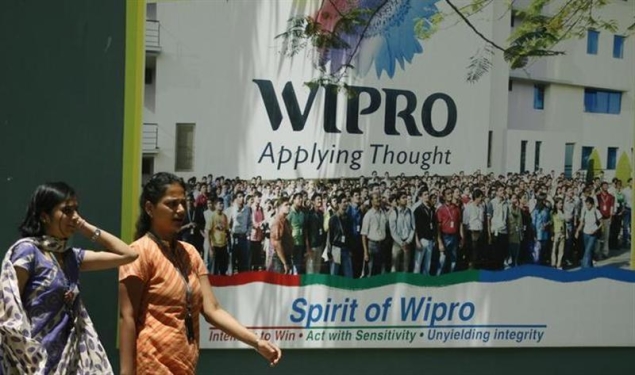 India's third largest software firm Wipro has been slapped with an over Rs. 816 crore claim by tax department, becoming the latest IT company to have got such a notice after Infosys, WNS and iGate.

The Bangalore-headquartered company said the "draft assessment order" from tax authorities for 2008-09 fiscal has arised primarily due to denial of deduction under section 10A of the Income Tax Act, 1961, in respect of profit earned by its undertaking in the Software Technology Park (STP) at Bangalore.

"In March 2013, the company received the draft assessment order, on similar grounds as that of earlier years, with a demand of Rs. 816.4 crore (including interest of Rs. 84.8 crore) for the financial year ended March 31, 2009.

"The company will file its objections against the said demand before the Dispute Resolution Panel, within the time limit prescribed under the statute," Wipro said in a filing on the US Securities and Exchange Commission (SEC).

When contacted, Wipro in a statement said: "No demand has been received and the assessment process is in progress."

The Azim Premji-led company, whose American Depositary Receipts (ADRs) are listed on NYSE, expressed hope that the final outcome of the dispute will be in its favour.

Besides the fresh assessment order, Wipro said it is also facing tax demands of around Rs. 3,936 crore (including interest) for the period March 31, 2001 to March 31, 2008 due to denial of deduction under section 10A of the Income Tax Act, 1961, on profits it earned in STP in Bangalore.

"Considering the facts and nature of disallowance and the order of the appellate authority upholding the claims of the company for earlier years, the company believes that the final outcome of the above disputes should be in favour of the company and there should not be any material impact on the consolidated financial statements," the Wipro filing added.

Wipro stated that the "resolution of these legal proceedings is not likely to have a material and adverse effect on the results of operations" or the financial position of the company.

The filing added: "The appeals filed against the said demand before the Appellate authorities have been allowed in favour of the company by the second appellate authority for the years up to March 31, 2007."

Income Tax Department has filed appeals before the Honourable High Court, it said.

"For the year ended March 31, 2008, based on DRP directions confirming the position of the assessing officer, the final assessment order was passed by the assessing officer. The company has filed an appeal against the said order before the Appellate Tribunal," it added.