US states eyeing laws to ban Google Glass while driving 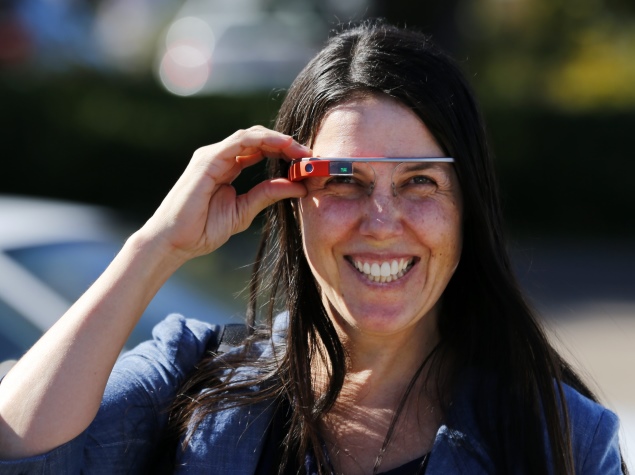 Sparsely populated Wyoming, whose natural beauty draws tourists from around the globe, is among a small number of U.S. states eyeing a ban on the use of wearable computers while driving, a move that appears to target Google Glass.

Wyoming state Senator Floyd Esquibel, a Democrat who crafted the bill to ban such devices behind the wheel, said he wanted to ensure safeguards are in place before the technology premiered by Google - a tiny computer mounted to an eyeglass frame - is widely available.

"Common sense would tell you that you really don't need to look at a little computer while driving, that it endangers you, your passengers and other drivers," he said of the bill he introduced this month. The legislature will convene to consider new bills in February.

Wyoming is among at least seven U.S. states eyeing restrictions on the technology over concerns that drivers wearing Google Glass may pay more attention to their email or other online endeavors than the road.

Other states considering measures that would ban use of wearable computers while driving are Delaware, Illinois, Missouri, New Jersey, New York and West Virginia, according to the National Conference of State Legislatures.

Google Glass, which projects a small screen above a corner of a wearer's eye, is expected to become a major catalyst for what many believe to be the next big trend in mobile, wearable computing devices.

But in a high-profile California case that raised new questions about distracted driving, one of thousands of people testing Google Glass was ticketed for wearing the device while driving after being stopped for speeding in October.

Cecilia Abadie later got her ticket, for using a "visual" monitor in her car while driving, thrown out because of a lack of proof the device was operating at the time. Her speeding ticket was also dismissed.

(Also see: California woman defends her use of Google Glass while driving)

Distracted driving
The case nevertheless renewed debate about distracted driving, which was linked to car crashes that caused injuries to an estimated 421,000 people in the United States in 2012, up 9 percent from 2011, according to the National Highway Traffic Safety Administration.

Esquibel, member of a state Senate transportation panel, successfully pushed in 2010 for Wyoming to outlaw driver texting, which is already banned in most states. Some states also ban the use of handheld mobile phones while driving.

He said the proposed ban on the use of wearable computers while driving faces an uncertain fate in a Republican-led legislature in a state known for its ambivalence toward government regulations.

In information about Glass posted online by Google, the company advises those engaged in field tests - dubbed Explorers - to abide by state laws that limit use of mobile devices while driving.

"Above all, even when you're following the law, don't hurt yourself or others by failing to pay attention to the road," the company says.

Asked Wednesday about legislation restricting use of devices like Glass, Google said Explorers should use the device responsibly and put safety first: "Glass is built to connect you more with the world around you, not distract you from it."

U.S. travel group AAA said it has "serious concerns about the safety elements of these technologies" on the road.

"Our feeling and perspective is that safety should take the greater priority over convenience when it comes to using personal electronic technology, particularly when driving," AAA spokeswoman Nancy White said.