US considers allowing in-flight cellphone use 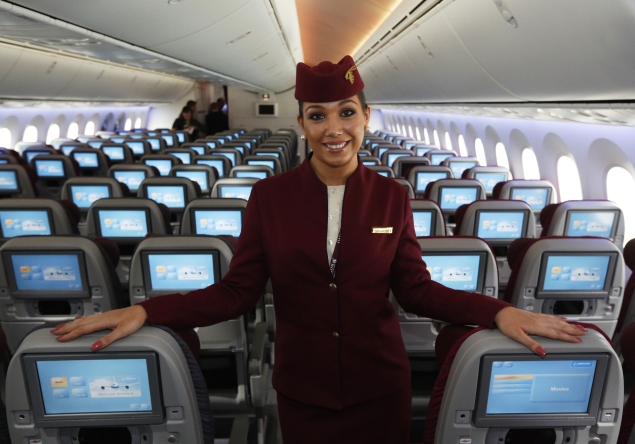 Rules against making cellphone calls during airline flights are "outdated," and it's time to change them, federal regulators said Thursday, drawing immediate howls of protest from flight attendants, airline officials and others.

Tom Wheeler, the new chairman of the Federal Communications Commission, said in a statement that the commission was proposing greater in-flight access to mobile broadband. The proposal will be considered at the commission's Dec. 12 meeting.

"The time is right to review our outdated and restrictive rules," Wheeler said, adding that modern technologies can deliver mobile services in the air safely and reliably.

The proposal would also allow passengers to use their smartphones to send email, text and download data. The proposal would apply to flights when they are over 10,000 feet (3,048 meters) in altitude, but not during takeoffs and landings.

(Also see: US to allow in-flight use of electronic devices during takeoff and landing)

The move came just 16 days after Wheeler, a former lobbyist for the cellular telephone industry, took over the post of FCC chairman. The proposal to ease cellphone restrictions was greeted enthusiastically by the Telecommunications Industry Association.

The association "supports initiatives to make mobile broadband services, including Internet access, available to passengers and flight crews aboard commercial airliners and private aircraft," Grant Seiffert, president of the trade group, said. "Already, substantial (information and communications technology) manufacturer and vendor interest exists in this space, and our members are investing in related opportunities for growth internationally."

But early reaction from the airline industry and labor unions was skeptical. Flight attendants and others have worried that a plane full of chattering passengers could lead to arguments and undermine safety.

"Passengers overwhelmingly reject cellphone use in the aircraft cabin. The FCC should not proceed with this proposal," the Association of Flight Attendants said in a statement in response to the FCC chairman's comments.

"In far too many operational scenarios, passengers making phone calls could extend beyond a mere nuisance, creating negative effects on aviation safety and security that are great and far too risky," the flight attendants group said.

"Our customer feedback indicates people may not want that policy, but of course tastes and desires change," JetBlue spokesman Morgan Johnston said in an email. "We would prioritize making the cabin comfortable and welcoming for all - for those who want cell service and for those who like peace and quiet."

Henry H. Harteveldt, a travel analyst with Hudson Crossing, said, "There are bad ideas, and then there's this."

"Unlike the ability to use their personal electronics and Wi-Fi from gate to gate, passengers don't want this," he added. "The constant chatter of passengers on their mobile phones has the potential to further increase tension among already stressed-out passengers. It will be a catalyst for increased cases of 'air rage.'"

"Airports already are such loud places," he said. "It's the airplane itself, ironically, that is often the most quiet and peaceful part of the air travel experience. Is that about to change?"

Should the FCC lift its restrictions on cellphone use, airlines would still have the option of deciding whether to equip planes with picocells - small, satellite base stations - to handle calls. American Airlines spokeswoman Andrea Huguely said the airline will wait to see what the FCC does. "However, our Wi-Fi at this time doesn't allow voice calls."

In October, the Federal Aviation Administration lifted restrictions on the use of most personal electronic devices during takeoffs and landings, but not cellphone calls, which fall under the FCC. The FAA long had barred the use of electronic devices below 10,000 feet (3,048 meters) because of concern they could cause electronic interference with aircraft systems during landings, the phase of flight when accidents are most likely to occur.

The FAA based its decision to ease restrictions on electronic devices on recommendations from an industry advisory group, which said use of tablets, music players and other devices doesn't cause dangerous electronic interfere with navigation systems on modern airliners. Passengers are supposed to put the devices on "airplane mode." The same advisory group also recommended that the FCC review its restrictions on phone calls.

The FCC proposal is primarily a response to the advisory group's recommendation, said an FCC spokesman, who asked not to be named because he was not authorized to release the information in his own name.

If the agency decides to move ahead with the proposal, it would be just the first step in a long rulemaking process that includes soliciting public comment. Also, the FAA, which regulates equipment airlines add to their planes, would probably have a say on whether planes should be retrofitted with picocells, the spokesman said.